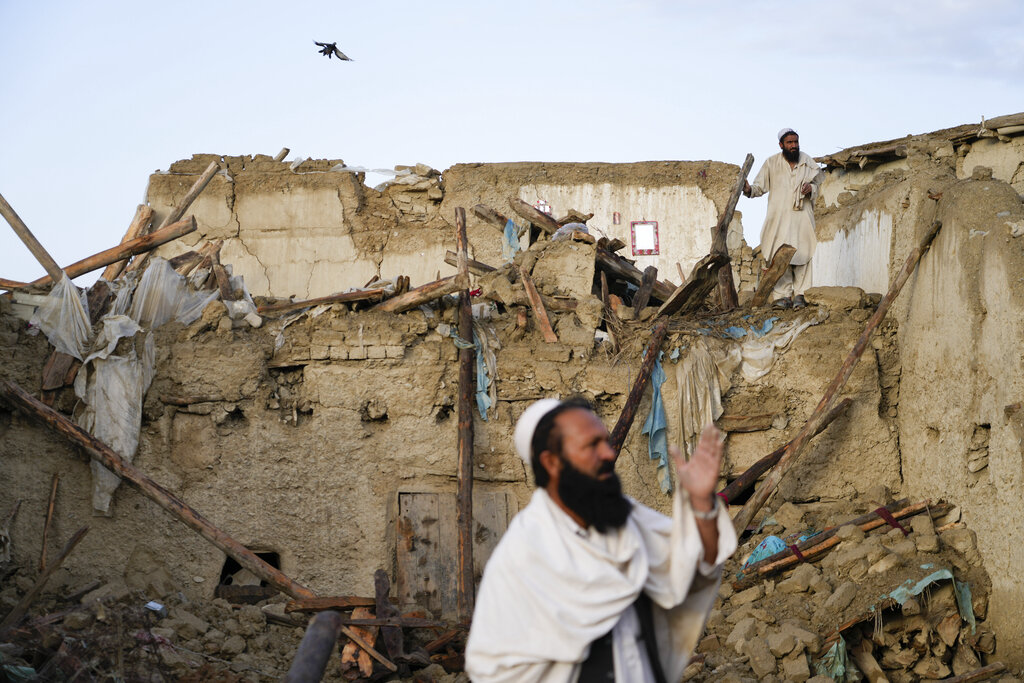 Villagers rushed to bury the dead Thursday and dug by hand through the rubble of their homes in search of survivors of a powerful earthquake in eastern Afghanistan that state media reported killed 1,000 people. Residents appeared to be largely on their own to deal with the aftermath as their new Taliban-led government and the