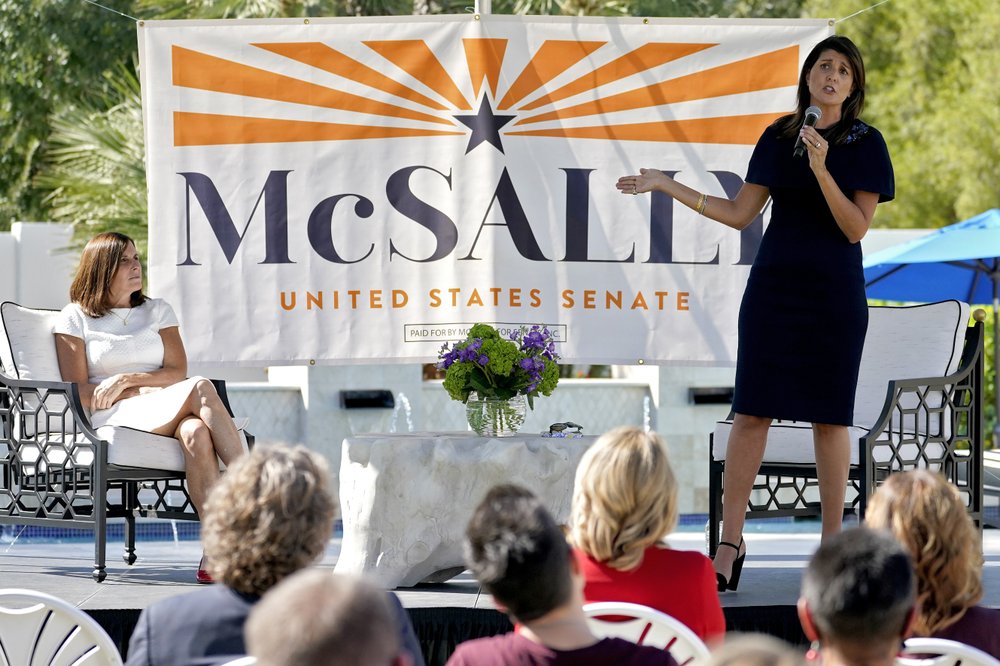 Arizona Sen. Martha McSally called in one of the Republican Party’s most prominent foreign policy hands Monday to press her case that Democrat Mark Kelly has problematic ties to China. Former U.N. Ambassador Nikki Haley said China is the largest geopolitical threat to the United States, and Kelly doing business with Chinese firms should be