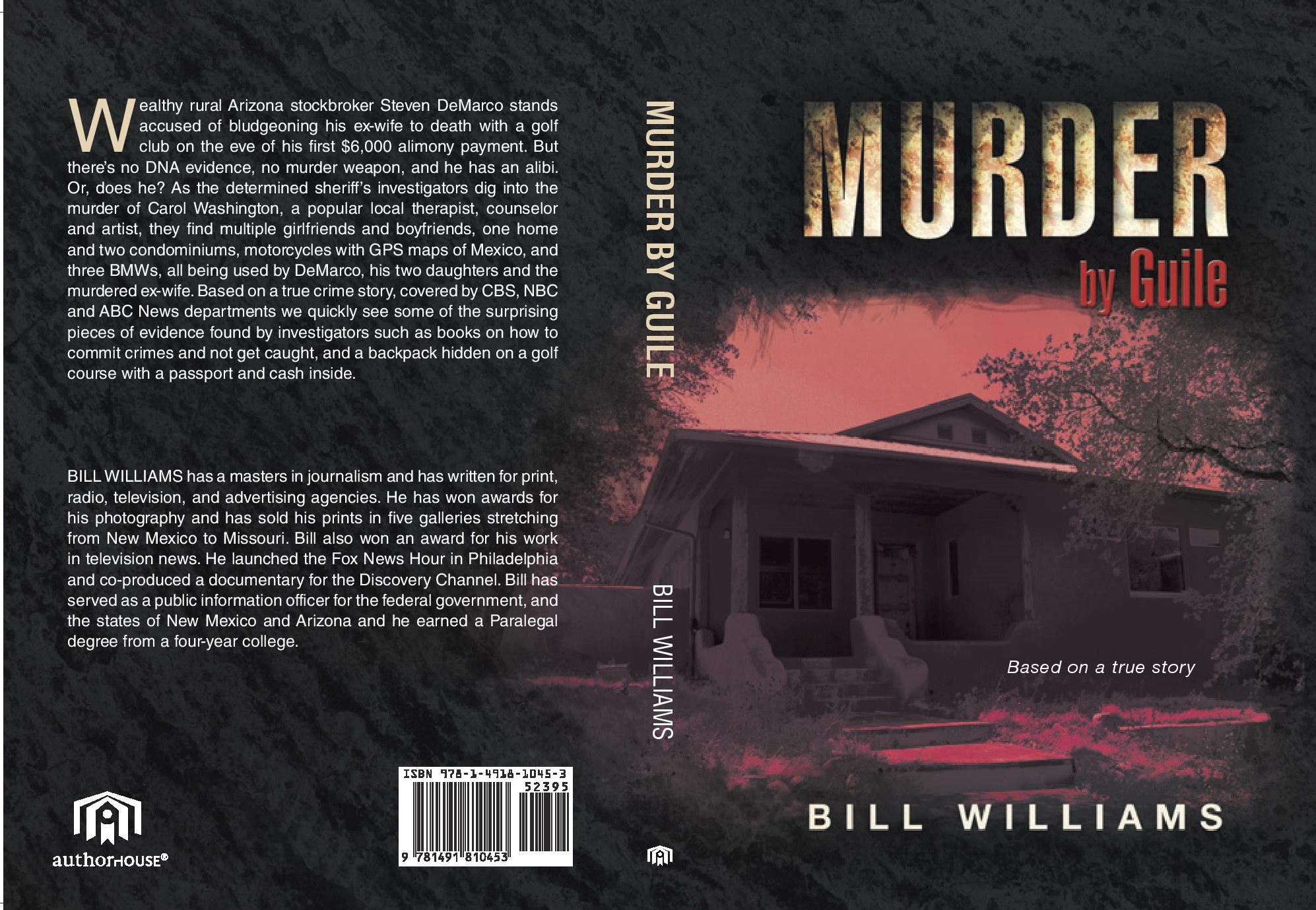 In the summer of 2008, wealthy Prescott stockbroker Steven DeMocker was arrested for beating his wife Carol Kennedy to death in their Williamson Valley home, just north of Prescott, AZ. Local author and investigative reporter, Bill Williams, has released a second edition of his book titled Murder by Guile. “Sometimes second editions come out because