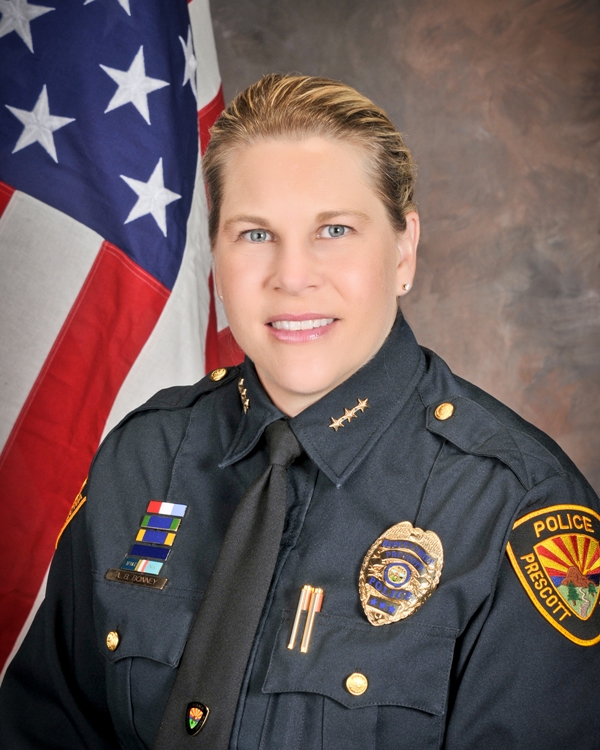 The City of Prescott has named Amy Bonney Police Chief, following a national search.   Bonney has served as Interim Police Chief since February, following the retirement of Debora Black. “I am pleased to name Amy Bonney Chief of Police,” said City Manager Michael Lamar.  “Amy has a record of outstanding leadership and service to the