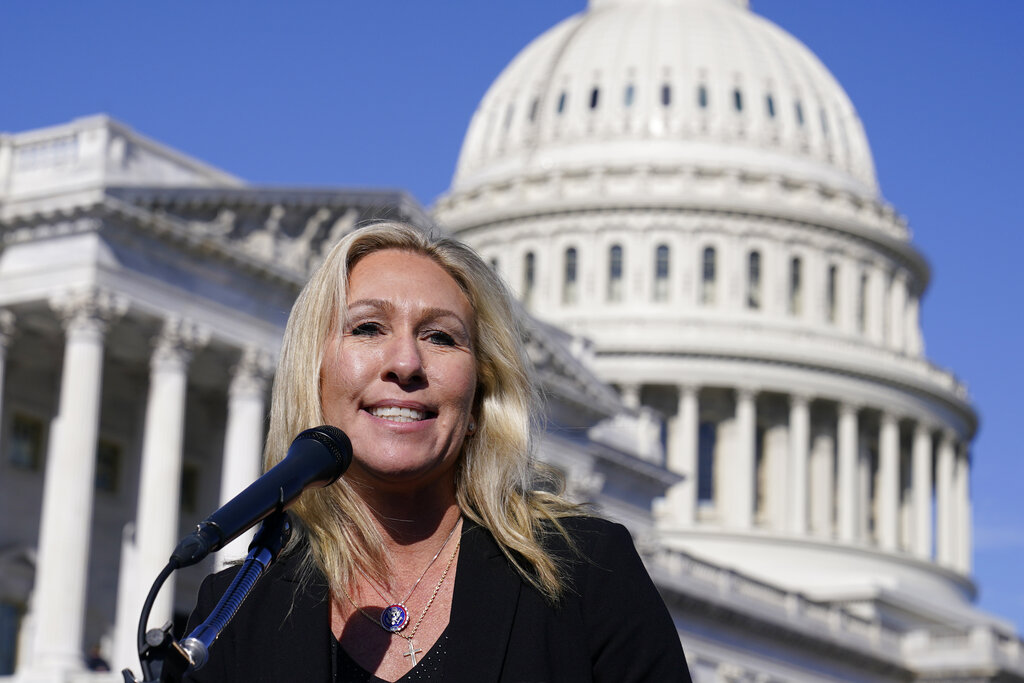 Hard-right House Republicans on Friday were discussing forming an America First Caucus, which one document described as championing “Anglo-Saxon political traditions” and warning that mass immigration was putting the “unique identity” of the U.S. at risk. The Associated Press obtained a copy of the paper, which was first reported by Punchbowl News, a news outlet