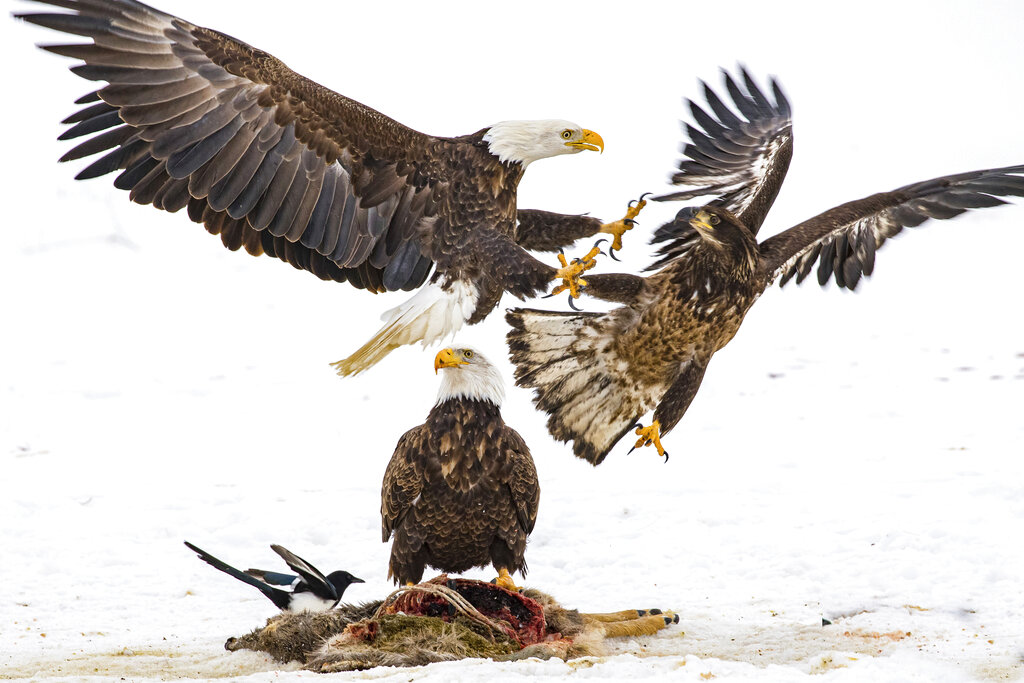 Nearly half of US bald eagles suffer lead poisoning

America’s national bird is more beleaguered than previously believed, with nearly half of bald eagles tested across the U.S. showing signs of chronic lead exposure, according to a study published Thursday. While the bald eagle population has rebounded from the brink of extinction since the U.S. banned the pesticide DDT in 1972, harmful levels of