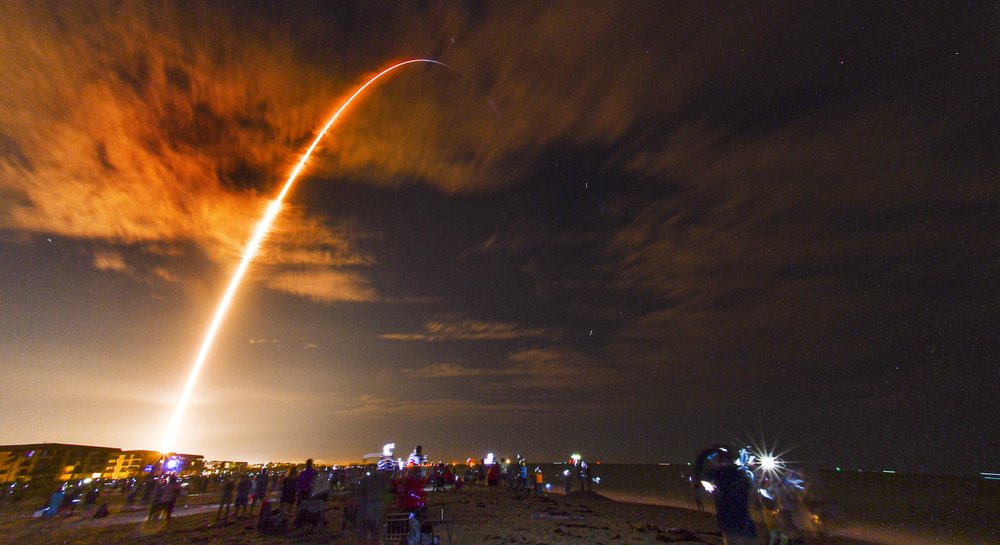 SpaceX launched four astronauts to the International Space Station on Sunday on the first full-fledged taxi flight for NASA by a private company. The Falcon rocket thundered into the night from Kennedy Space Center with three Americans and one Japanese, the second crew to be launched by SpaceX. The Dragon capsule on top — named