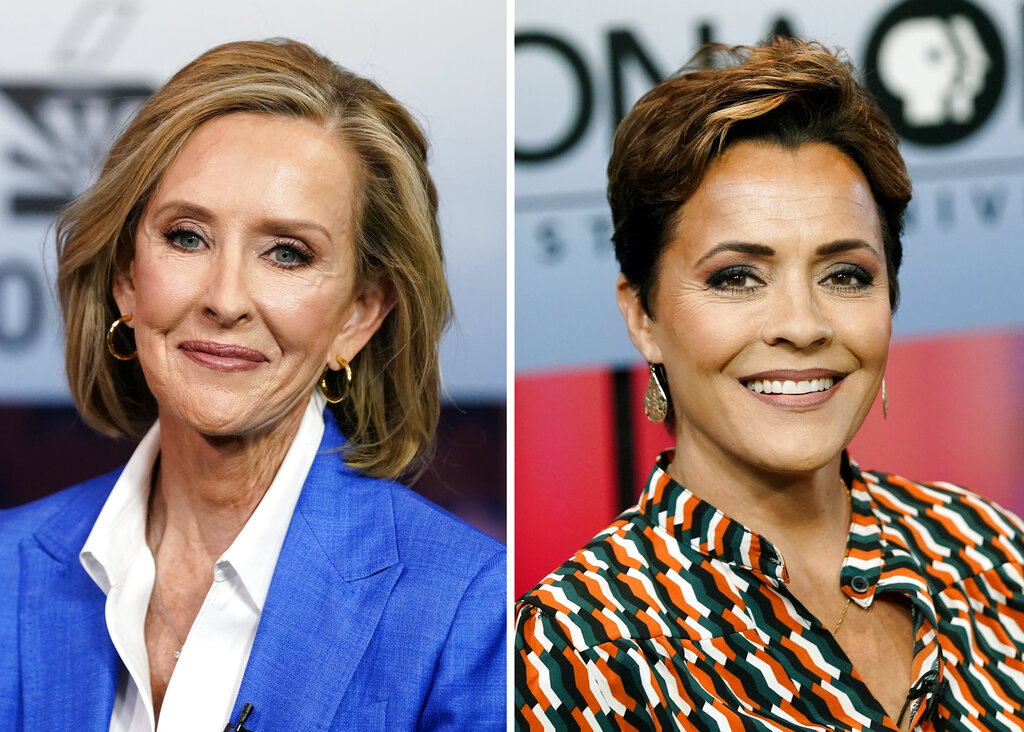 Photo: This combination of photos shows from left, Republican candidates for Arizona governor Karrin Taylor Robson and Kari Lake Arizona Gov. Doug Ducey has already helped block one of former President Donald Trump’s allies from winning the Republican nomination for governor in a crucial battleground state. Now he’s hoping for a repeat in his own