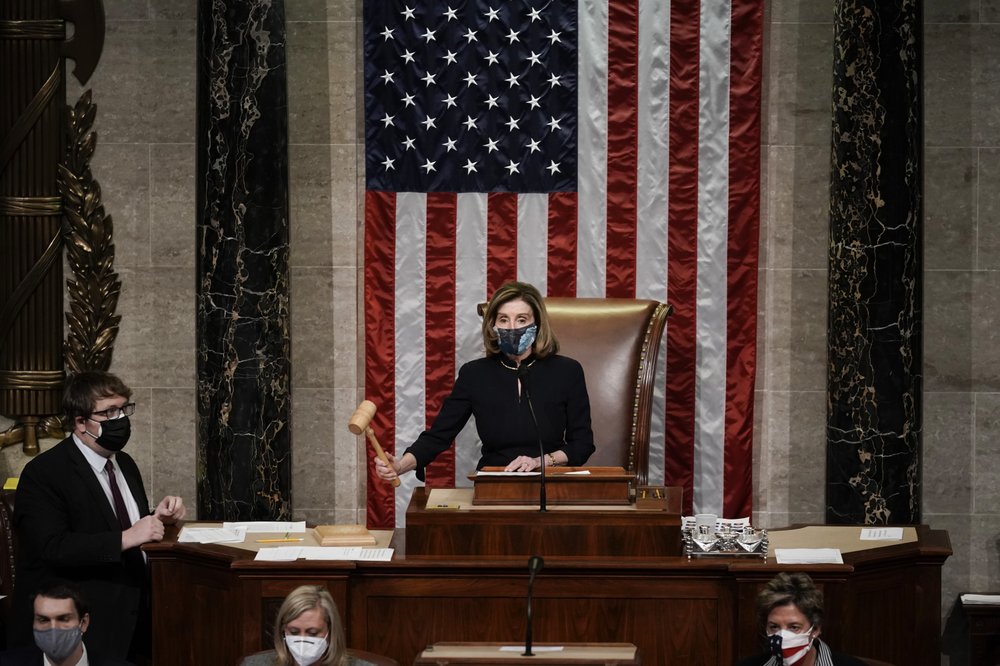 President Donald Trump was impeached by the U.S. House for a historic second time Wednesday, charged with “incitement of insurrection” over the deadly mob siege of the Capitol in a swift and stunning collapse of his final days in office. With the Capitol secured by armed National Guard troops inside and out, the House voted