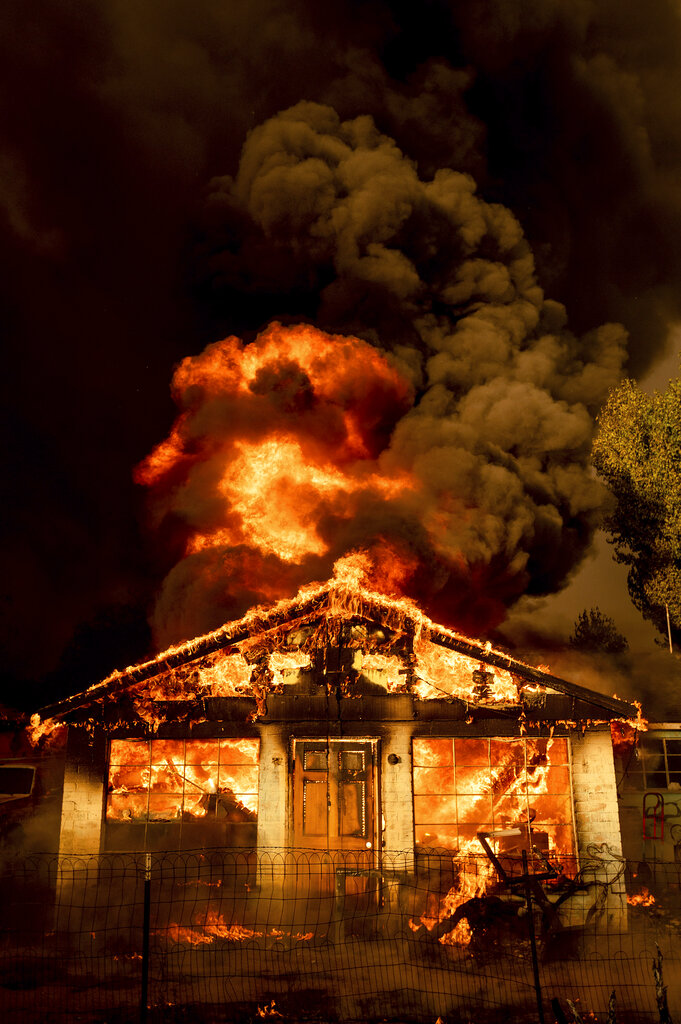 Firefighters working in searing weather struggled to contain a Northern California wildfire that continued to grow Sunday and forced the temporary closure of a major highway, one of several large blazes burning across the U.S. West amid another heat wave that shattered records and strained power grids. In Arizona, a small plane crashed Saturday during