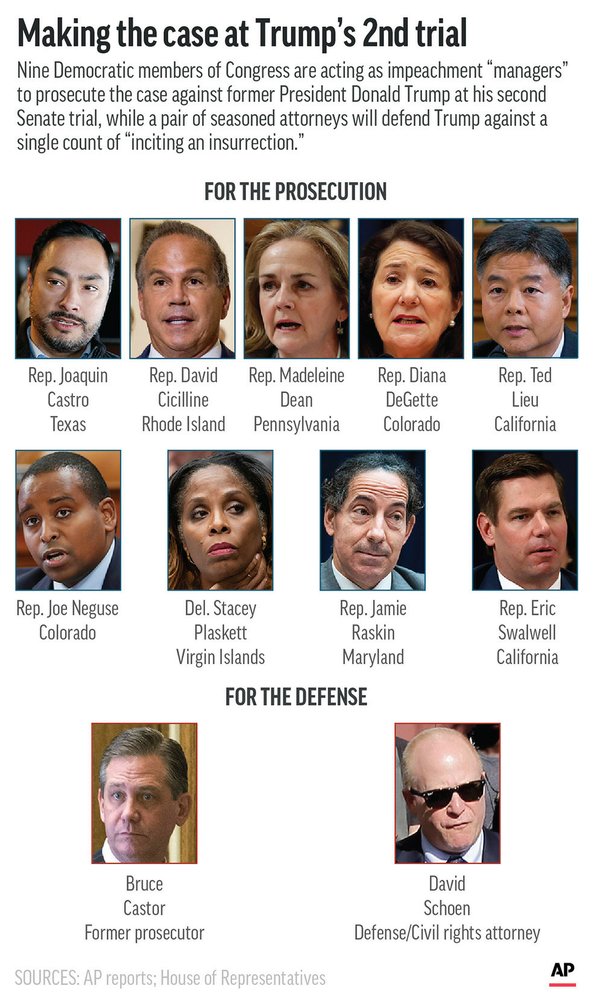 Donald Trump’s historic second impeachment trial in the Senate is an undertaking like no other in U.S. history, the defeated former president charged by the House with inciting the violent mob attack on the U.S. Capitol to overturn the election in what prosecutors argue is the “most grievous constitutional crime.” Trump’s lawyers insist as the