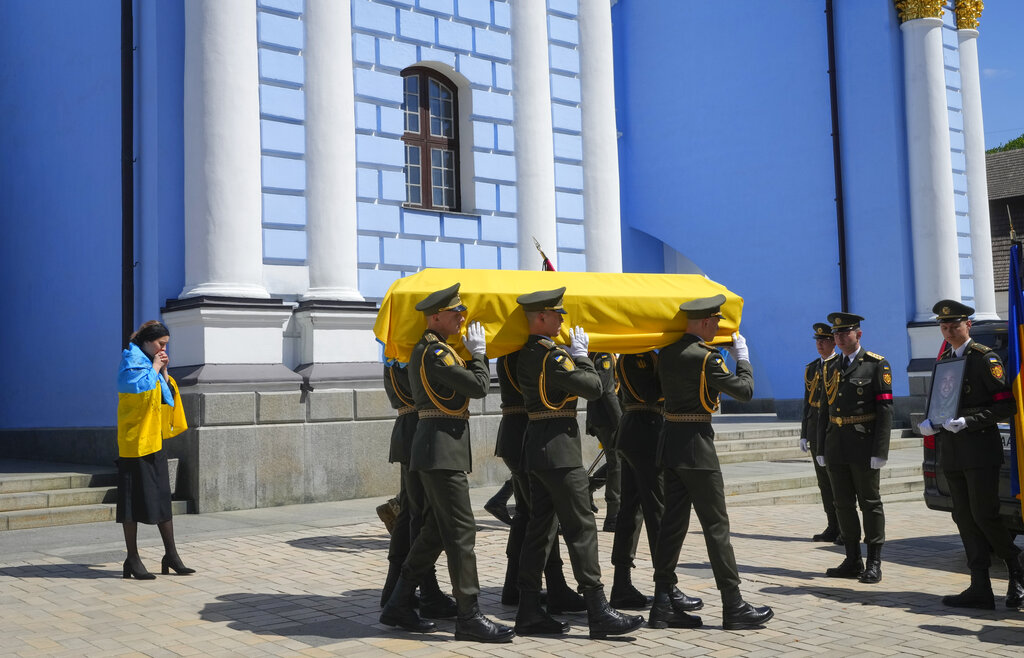 Photo: Soldiers carry a coffin with remains of a volunteer soldier Oleksandr Makhov, a well-known Ukrainian journalist, killed by the Russian troops, at St Michael cathedral in Kyiv Russian President Vladimir Putin marked his country’s biggest patriotic holiday Monday without a major new battlefield success in Ukraine to boast of, as the war ground on