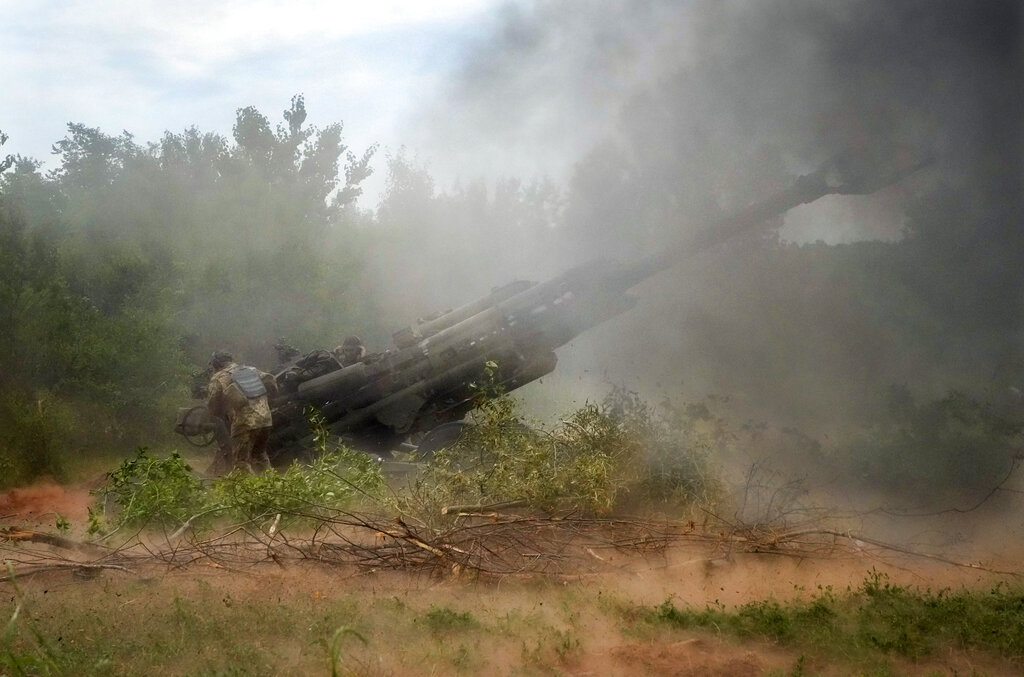 Despite Western arms, Ukraine is outgunned in the east – Associated Press

Photo: Ukrainian soldiers fire at Russian positions from a U.S.-supplied M777 howitzer in Ukraine’s eastern Donetsk region Holed up in a bombed-out house in eastern Ukraine, Ukrainian troops keep a careful accounting of their ammunition, using a door as a sort of ledger. Scrawled in chalk on the door are figures for mortar shells, smoke