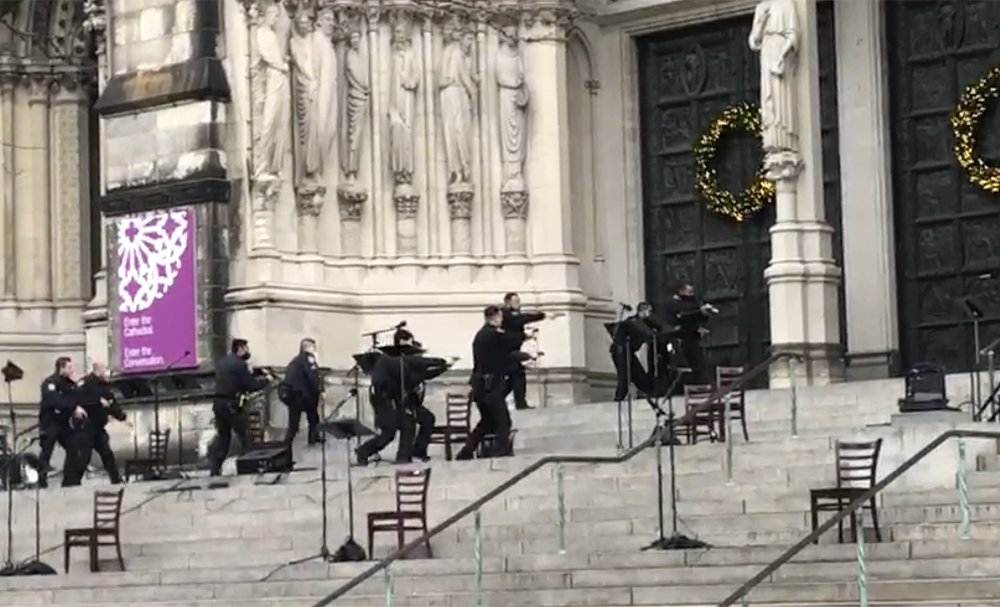 A man was fatally shot by police on the steps of a landmark New York City cathedral Sunday after he began firing two semiautomatic handguns at the end of a Christmas choral concert, police said. The gunfire began just before 4 p.m. at the Cathedral of Saint John the Divine, mother church of the Episcopal