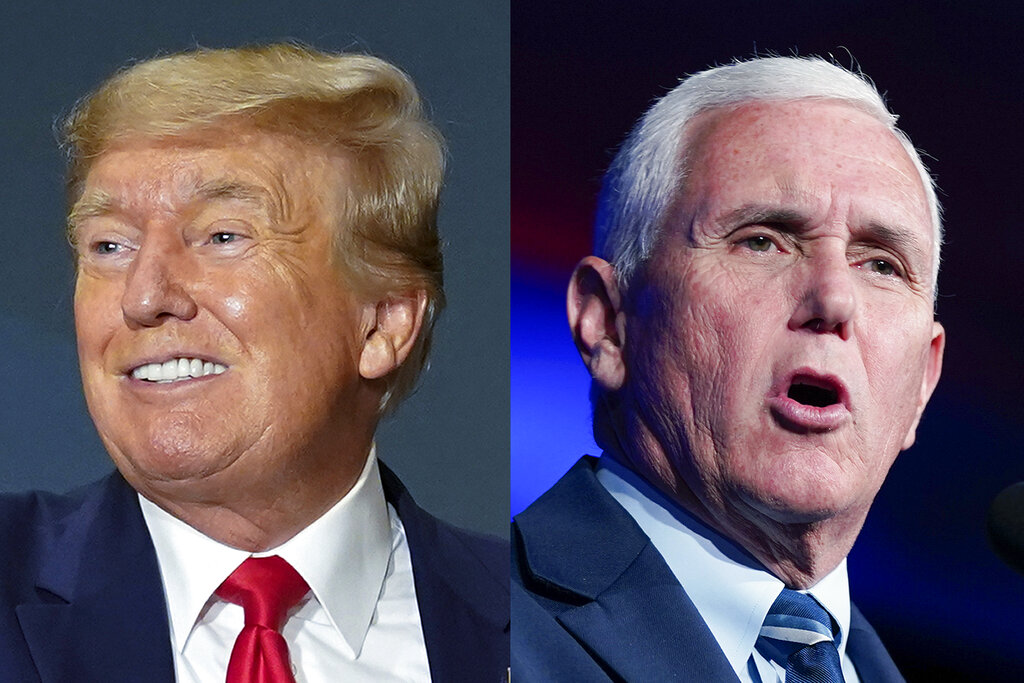 The intensifying rivalry between former President Donald Trump and his once fiercely loyal vice president, Mike Pence, was put on stark display Tuesday as the two gave dueling speeches in Washington on the future of the Republican Party. Trump, in his first return to Washington since Democrat Joe Biden ousted him from the White House,