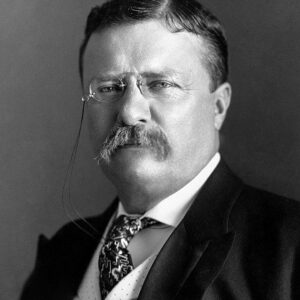 Teddy Roosevelt crammed a lot of living into his 60 years on this planet. He won the Medal of Honor (posthumously) for fighting in one war and the Nobel Peace Prize for ending another. He was a Harvard-educated rancher in the Wild West, a New York socialite, and a big game hunter and conservationist who