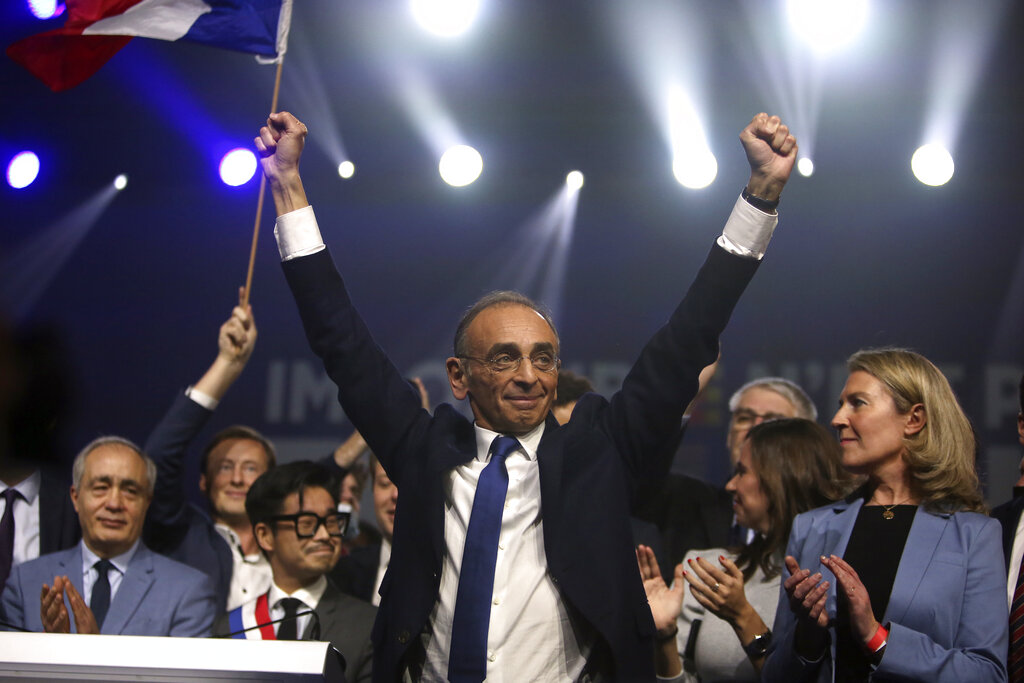 Anti-racism activists were beaten up Sunday as far-right former French TV pundit Eric Zemmour held his first presidential campaign rally near Paris, a few days after he formally declared his candidacy in a video that highlighted his anti-migrant and anti-Islam views. As his supporters cheered and waved French flags in a northern suburb of the