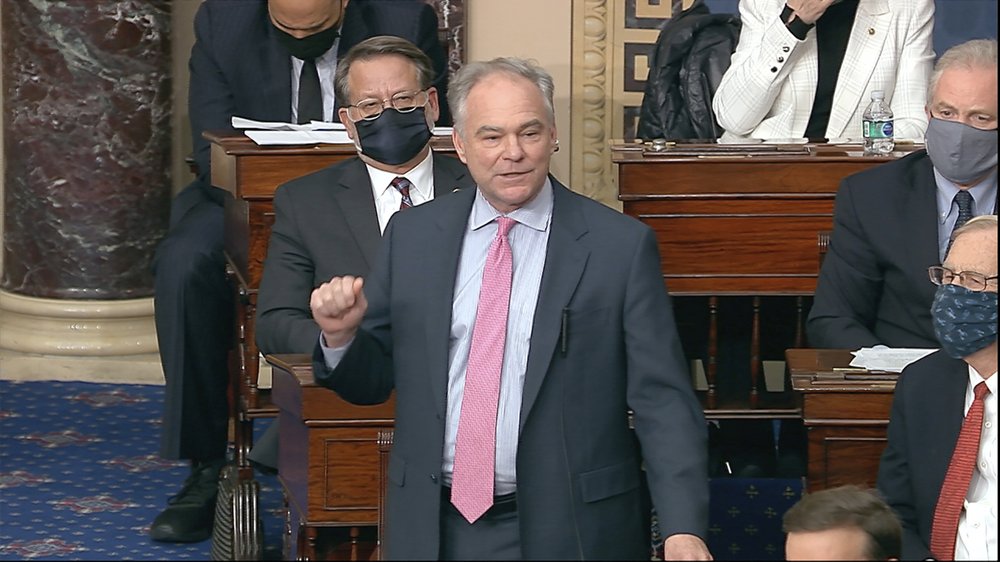 Democratic Sen. Tim Kaine said Wednesday that he’s discussing with colleagues whether a censure resolution to condemn former President Donald Trump for his role in the deadly Jan. 6 attack on the Capitol could be an alternative to impeachment, even as the Senate proceeds with a trial. Senate Majority Leader Chuck Schumer, D-N.Y., has said