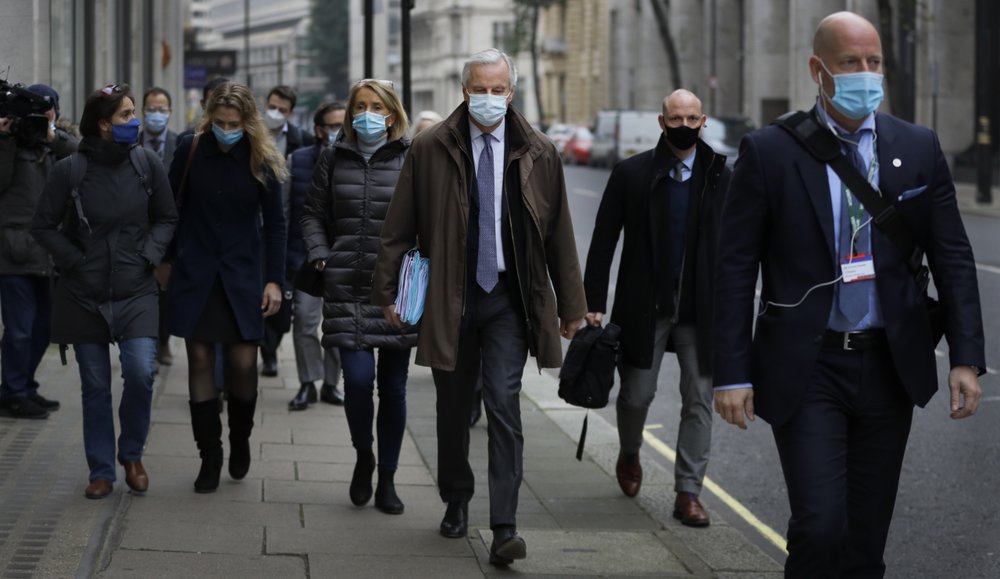 Britain’s foreign minister said Sunday there is only about a week left for the U.K. and the European Union to strike a post-Brexit trade deal, with fishing rights the major obstacle to an agreement. As talks continued between the two sides in London, Foreign Secretary Dominic Raab said “I think we are into the last