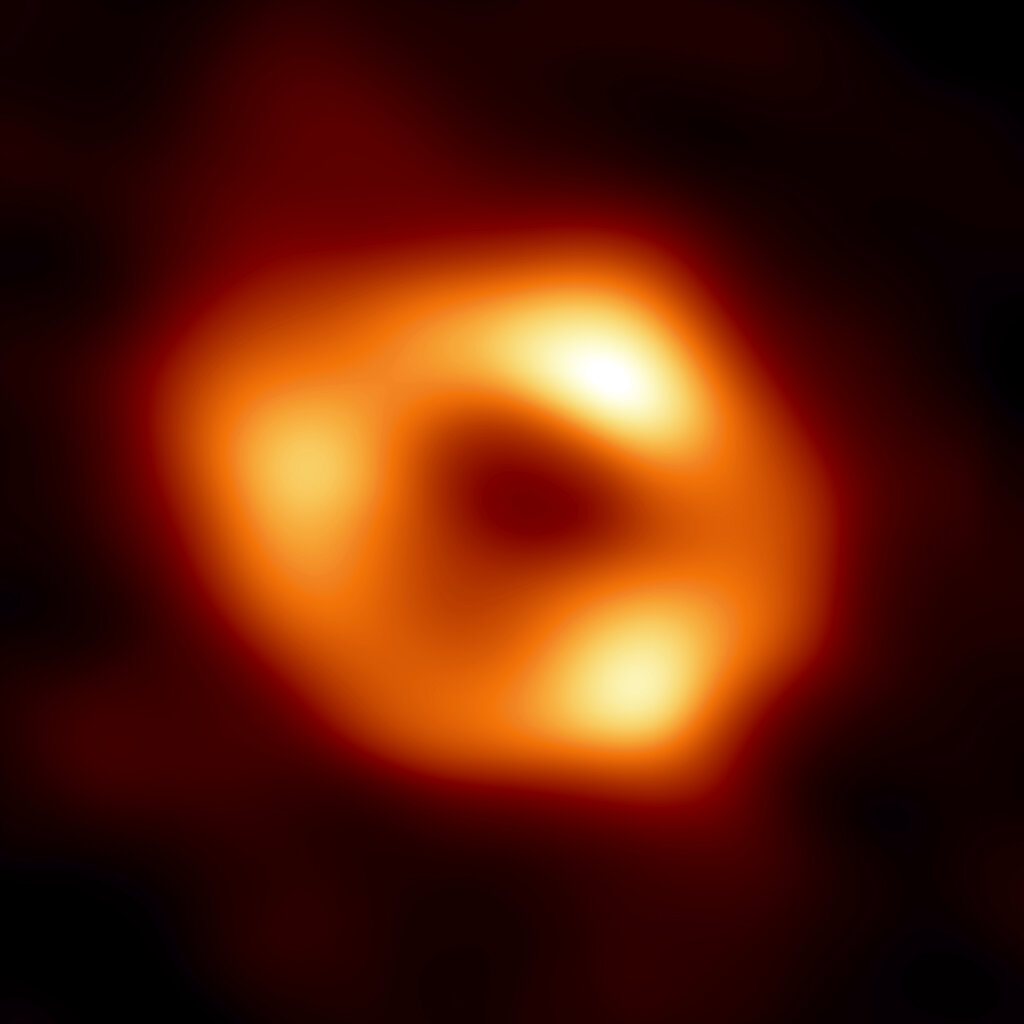 The world’s first image of the chaotic supermassive black hole at the center of our Milky Way galaxy doesn’t portray a voracious cosmic destroyer but what astronomers Thursday called a “gentle giant” on a near-starvation diet. Astronomers believe nearly all galaxies, including our own, have these giant black holes at their bustling and crowded center,