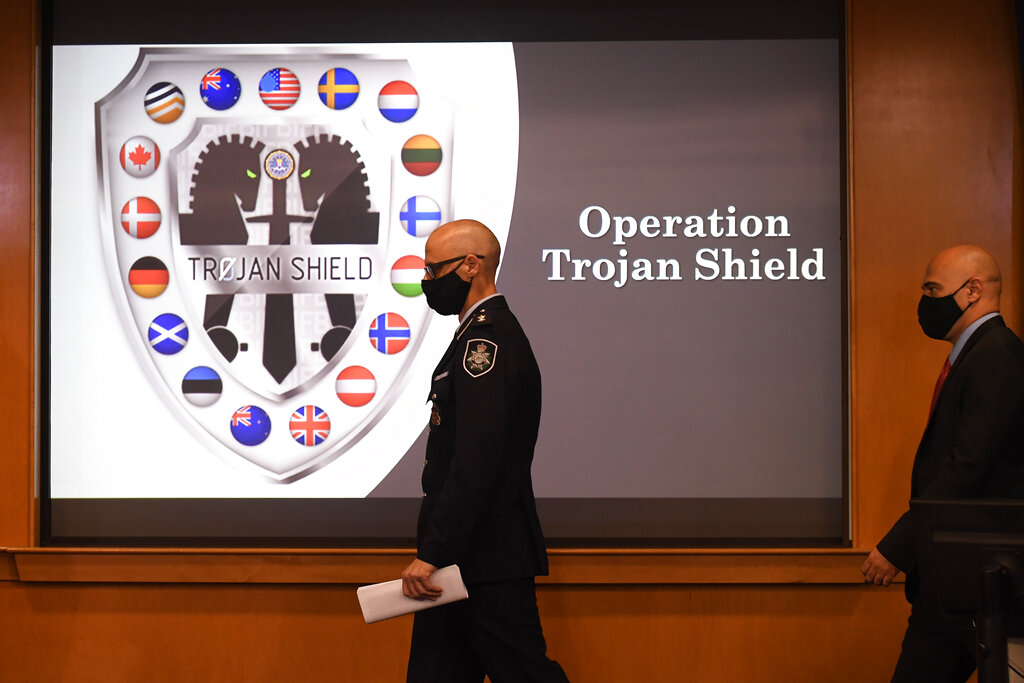 Criminal gangs divulged plans for moving drug shipments and carrying out killings on a secure messaging system secretly run by the FBI, law enforcement agencies said Tuesday, as they unveiled a global sting operation they said dealt an “unprecedented blow” to organized crime in countries around the world. The operation known as Trojan Shield led