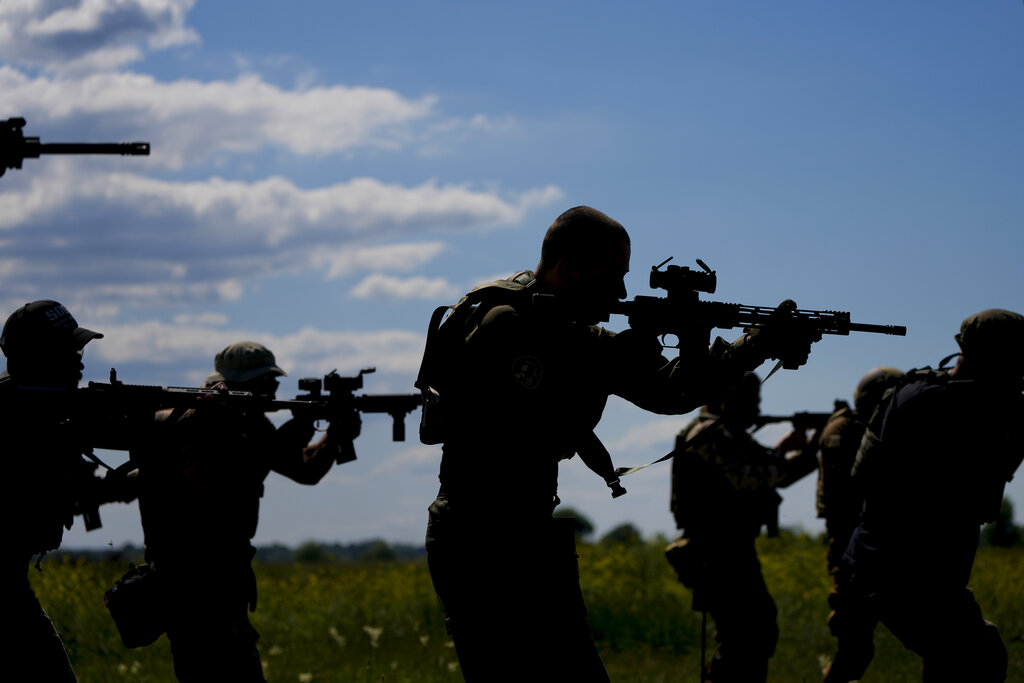 Photo: Civilian militia men hold rifles during training at a shooting range in the outskirts of Kyiv, Ukraine Russia on Tuesday claimed to have taken control of 97% of one of the two provinces that make up Ukraine’s Donbas, bringing the Kremlin closer to its goal of fully capturing the eastern industrial heartland of coal