On April 30th, 2021, YCSO arrested and charged 38-year-old Quintin Causey of Bagdad with Reckless Driving and Endangerment after he drove recklessly with several teens in the bed of his truck. The incident originally occurred on April 24th, 2021 around 8 pm. YCSO received a tip and video of the incident which showed Causey making 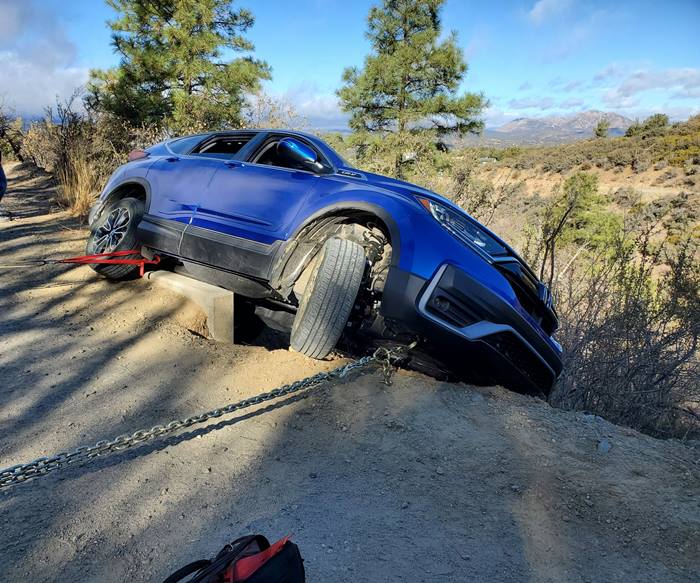 On Sunday morning Prescott Fire Department was called to rescue a woman in her 70’s that had driven off the side of the road along Old Senator Road.  The woman had gone off the roadway and nearly rolled down a 100-foot high angle embankment to the drainage below.  Fortunately for the driver, the undercarriage of