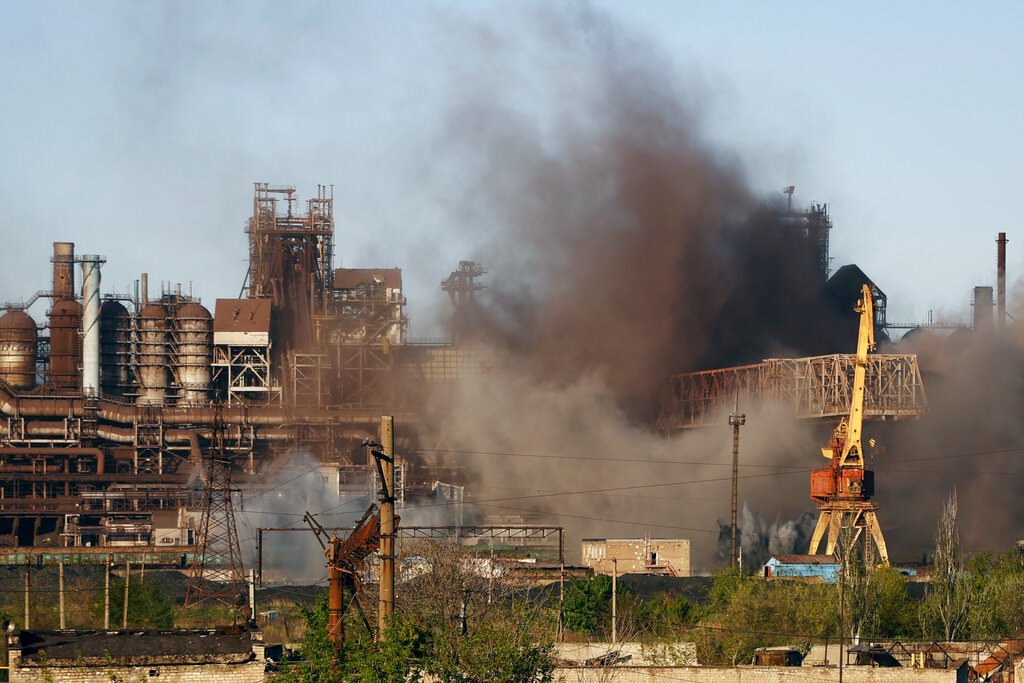 Photo: Smoke rises from the Metallurgical Combine Azovstal in Mariupol during shelling Russian forces kept up their barrage of southern Ukraine, hitting the major Black Sea port of Odesa with cruise missiles and bombarding the steelworks up the coast in Mariupol, where Ukrainian fighters remained trapped underground after the last civilians were brought out to