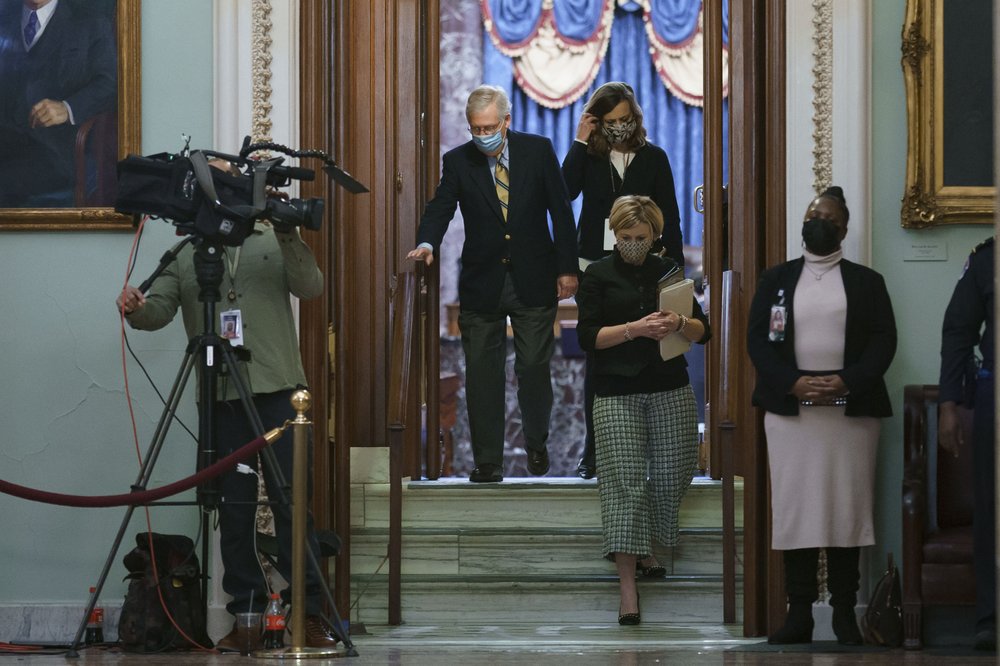 Former President Donald Trump is escalating a political war within his own party that could undermine the Republican push to fight President Joe Biden’s agenda and ultimately return to power. A day after blistering Mitch McConnell, the Senate’s top Republican, as a “dour, sullen and unsmiling political hack,” Trump repeated his baseless claim on Wednesday