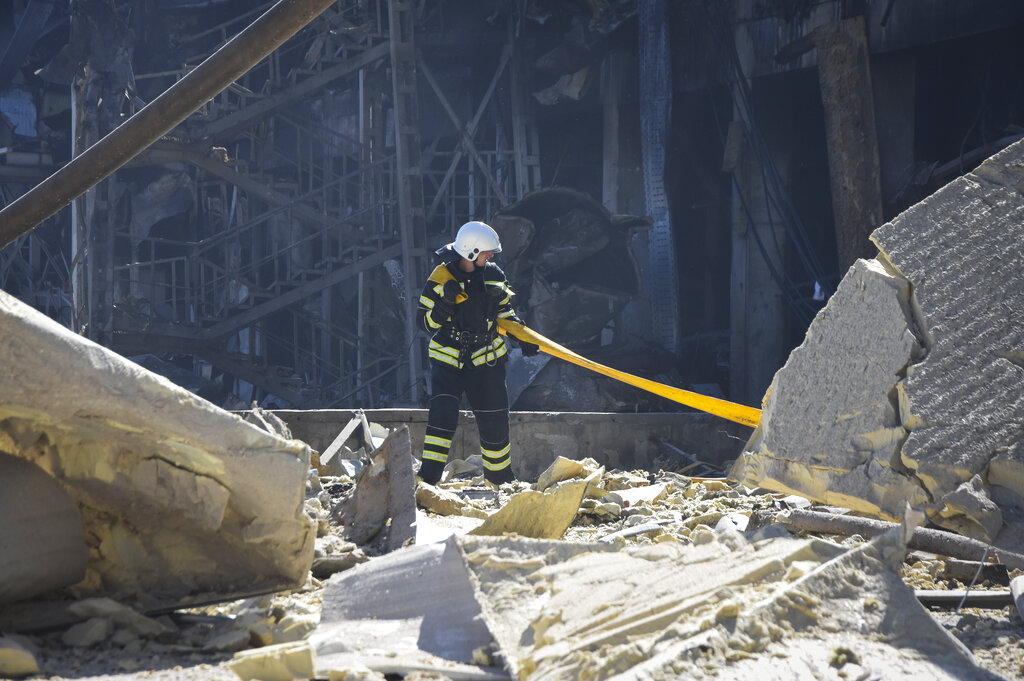 Russia pummels port of Odesa in attempt to disrupt supplies

Photo: An Ukrainian firefighter works near a destroyed building on the outskirts of Odesa, Ukraine Russia pummeled the vital port of Odesa, Ukrainian officials said Tuesday, in an apparent effort to disrupt supply lines and Western weapons shipments as Ukraine’s foreign minister appeared to suggest the country could expand its war aims. With the war