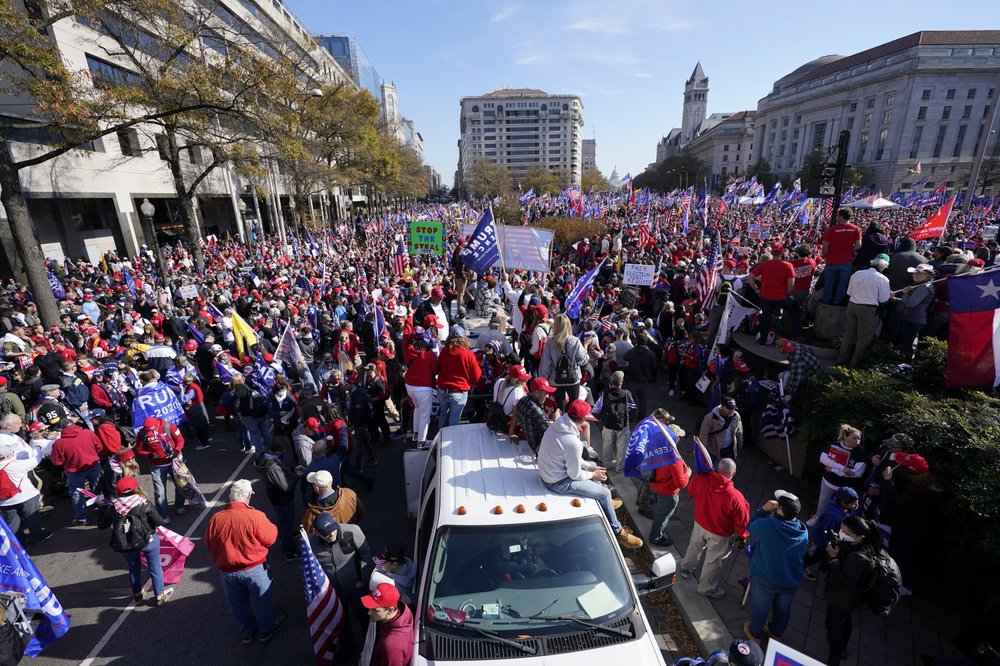 Thousands rally behind Trump, insisting he won race he lost

Fervent supporters of President Donald Trump rallied in Washington on Saturday behind his spurious claim of a stolen election and swarmed his motorcade in adulation when he detoured for a drive-by on his way out of town. Hours later, after night fell in the nation’s capital, demonstrators favoring Trump clashed in the streets with counter