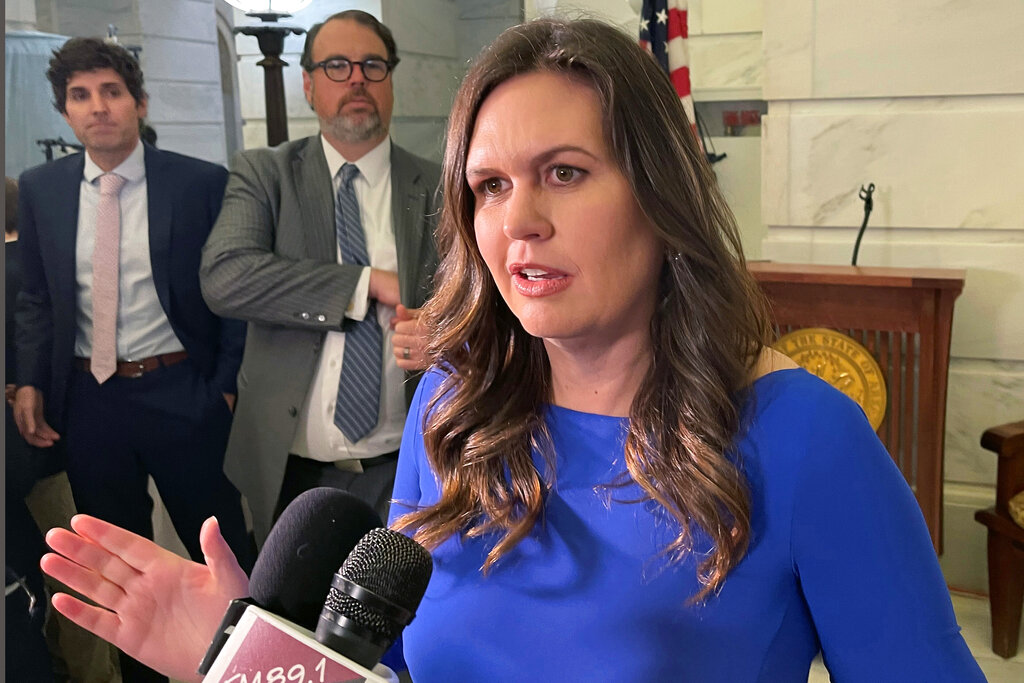 Sarah Sanders won the Republican nomination for governor in Arkansas on Tuesday, putting her on a clear path to lead a solidly red state where Donald Trump’s popularity has overshadowed questions about his administration’s credibility that she faced during her time as White House press secretary. Sanders won the GOP primary for the office her