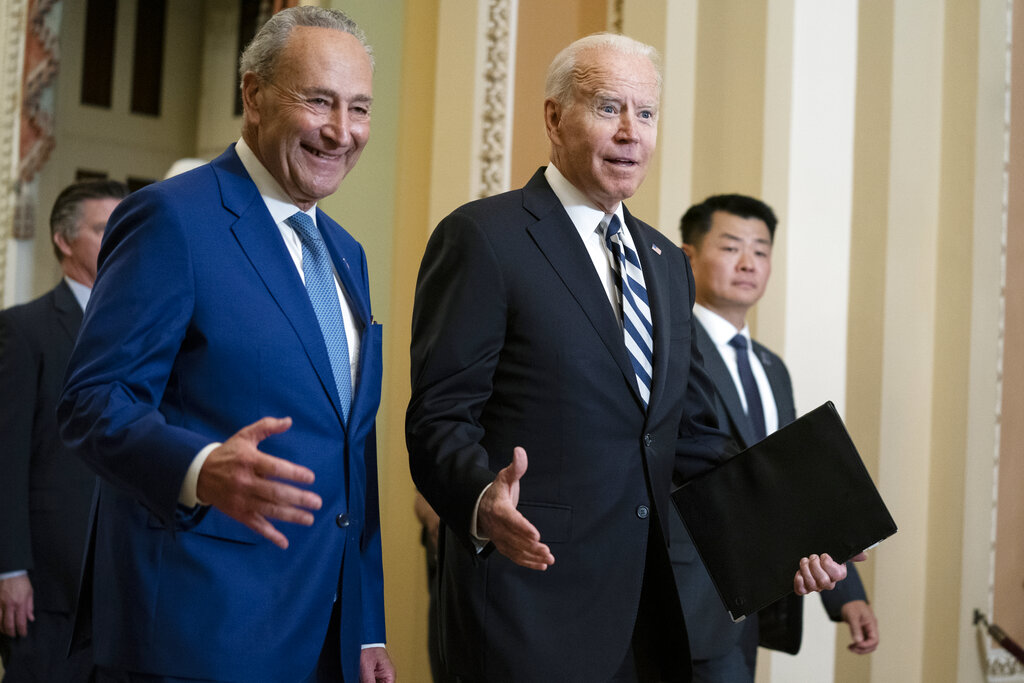 Environmental groups hailed a sweeping $3.5 trillion domestic spending plan announced by Democrats, saying it would make “transformational investments” in clean energy and jobs and put the nation on a path to cut greenhouse emissions by at least 50% by 2030. The plan also would move the country toward a carbon-free electric grid by 2035,