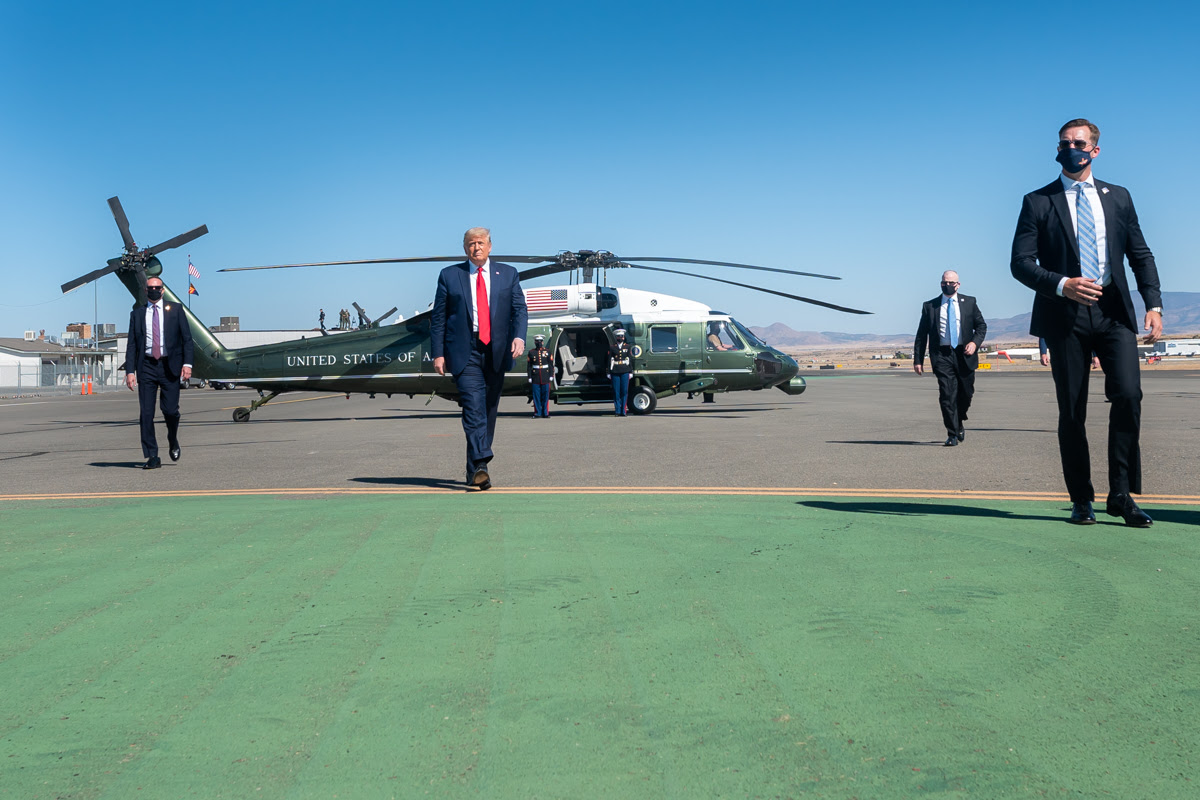 President Donald Trump was welcomed by boisterous MAGA-hatted crowds in Prescott and Tucson on Monday, the last stops on a Western swing as the campaign entered its final two weeks. But not everyone was putting out the welcome mat. Democrats in the state criticized what they called the president’s “super spreader” events during the COVID-19