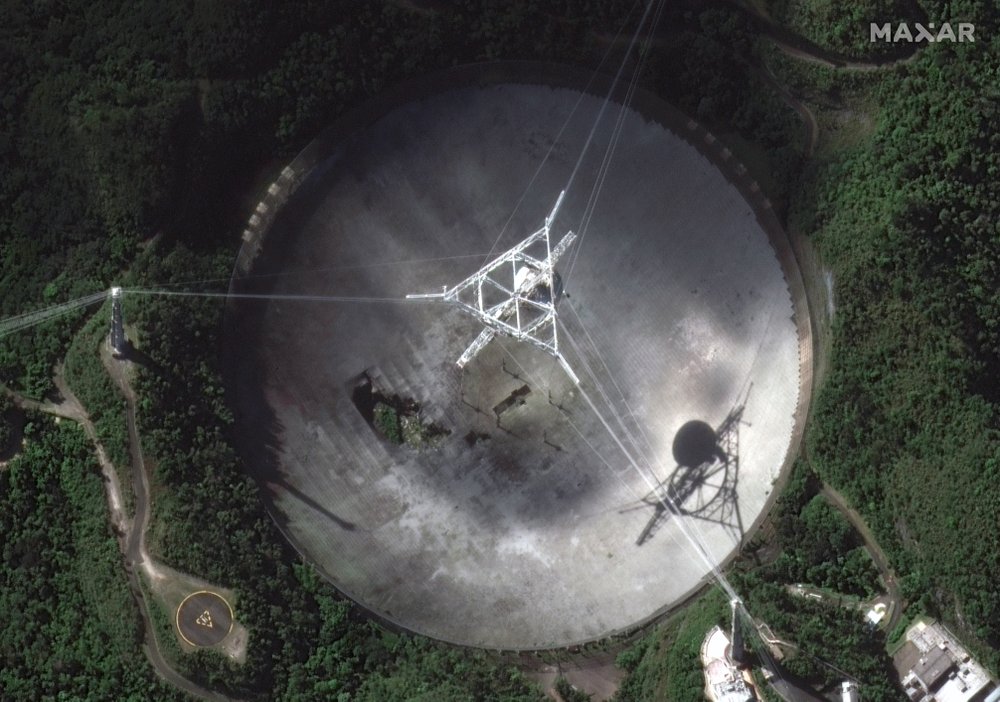 A huge, already damaged radio telescope in Puerto Rico that has played a key role in astronomical discoveries for more than half a century completely collapsed on Tuesday. The telescope’s 900-ton receiver platform and the Gregorian dome — a structure as tall as a four-story building that houses secondary reflectors — fell onto the northern