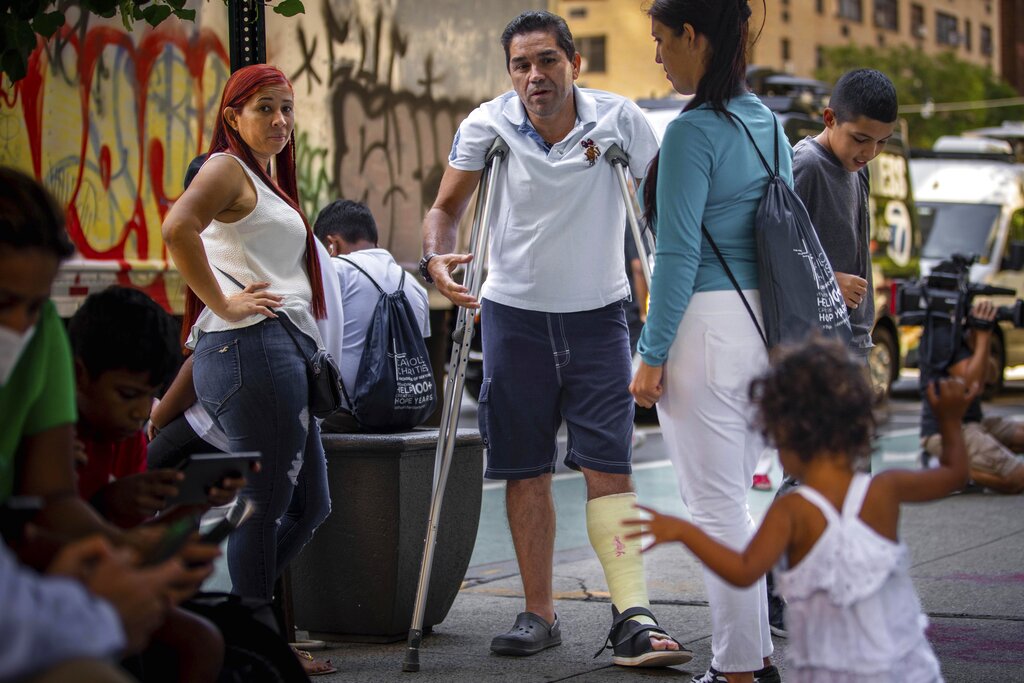 Photo: Eduardo Garcia, from Venezuela, stands with crutches, surrounded by his family outside the Catholic Charities headquarters, in New York New York City’s mayor says he plans to erect hangar-sized tents as temporary shelter for thousands of international migrants who have been bused into the Big Apple as part of a campaign by Republican governors 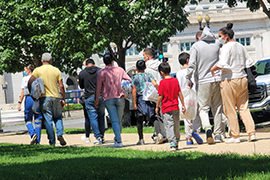 Washington, D.C., officials are asking federal and regional governments to help area nonprofits stretched thin by busloads of migrants who are being sent to the city by the governors of Arizona and Texas. To which Gov. Doug Ducey said, “Welcome to our world.” Texas Gov. Greg Abbott began busing migrants to the East Coast in