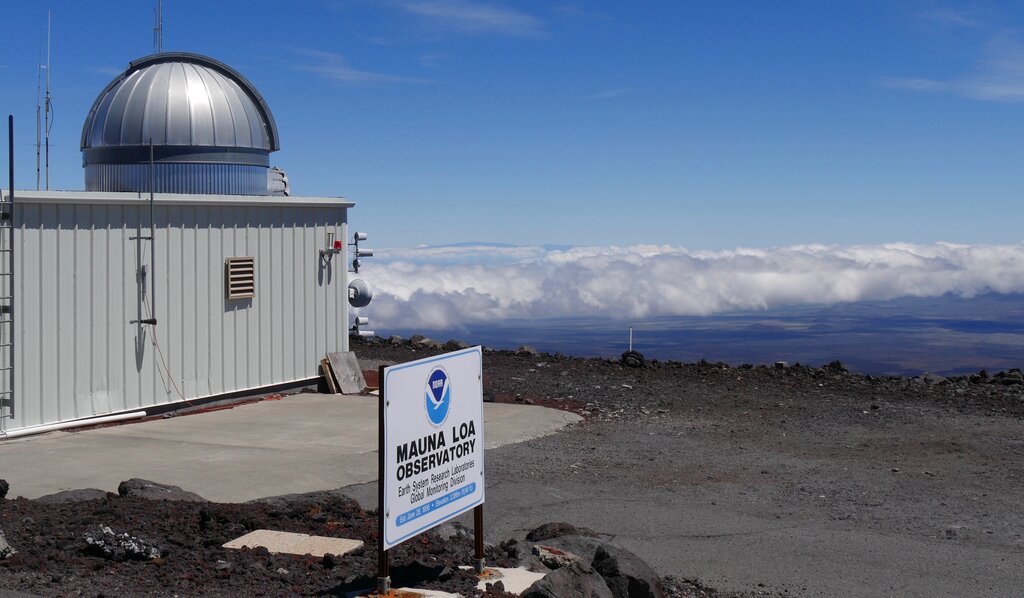 The annual peak of global heat-trapping carbon dioxide in the air has reached another dangerous milestone: 50% higher than when the industrial age began. And the average rate of increase is faster than ever, scientists reported Monday. The National Oceanic and Atmospheric Administration said the average carbon dioxide level for May was 419.13 parts per