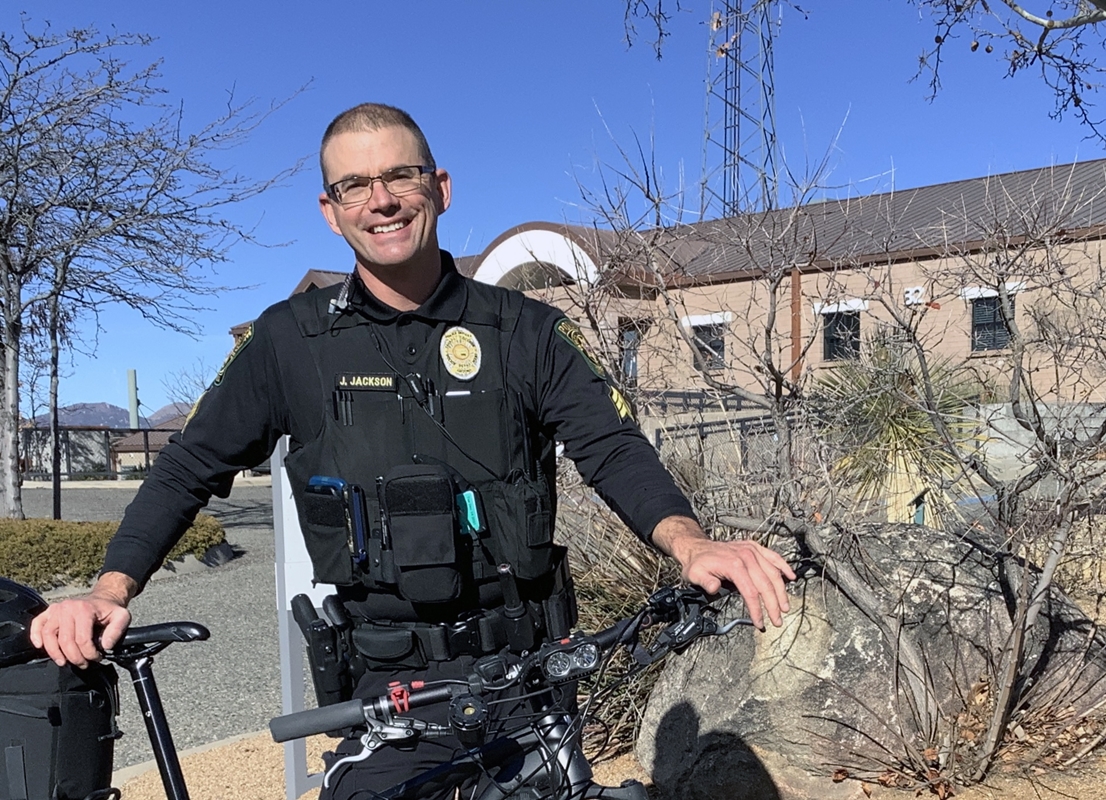 There’s a new sergeant on campus and he’s a familiar face not only at Yavapai College, but in law enforcement and bicycling circles around the state and region. Jacob “Jake” Jackson was sworn in as Yavapai College Police Sergeant in December. The promotion followed his service initially as a YCPD safety officer and more recently