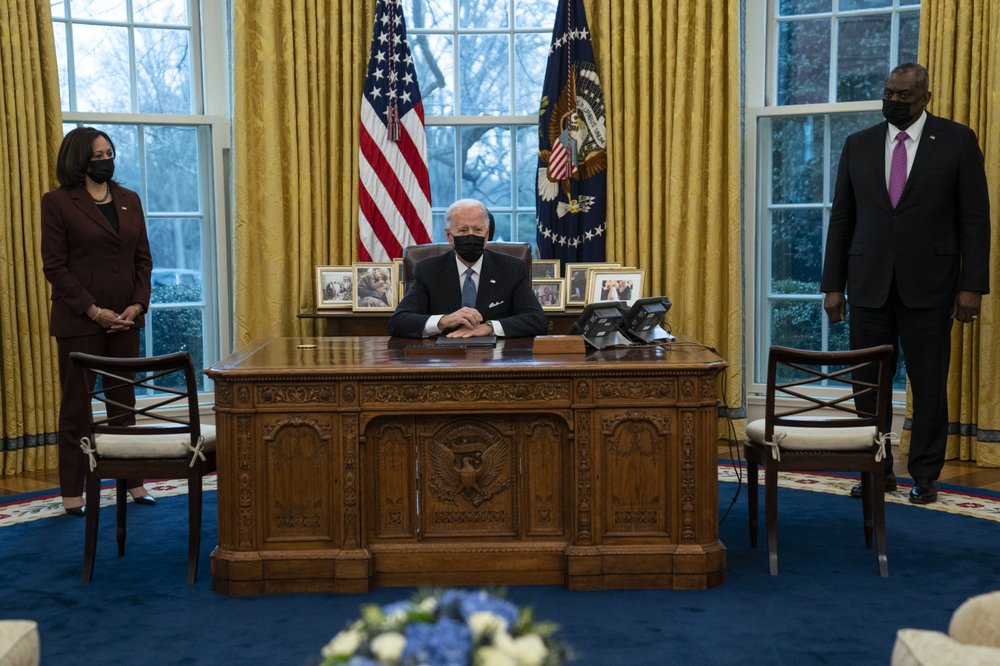 President Joe Biden signed an order Monday reversing a Trump-era Pentagon policy that largely barred transgender individuals from serving in the military. The new order, which Biden signed in the Oval Office during a meeting with Defense Secretary Lloyd Austin, overturns a ban ordered by President Donald Trump in a tweet during his first year