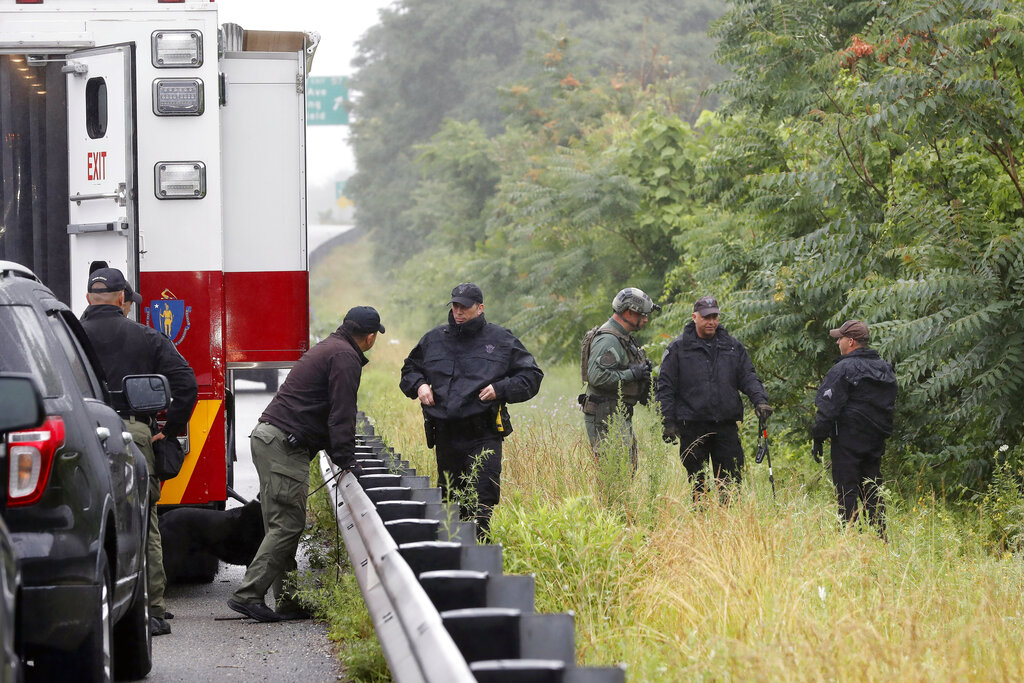 An hours long standoff with a group of heavily armed men that partially shut down Interstate 95 ended Saturday with 11 suspects in custody, Massachusetts state police said. The standoff shut down a portion of I-95 for much of the morning, causing major traffic problems during the Fourth of July holiday weekend. Authorities said the