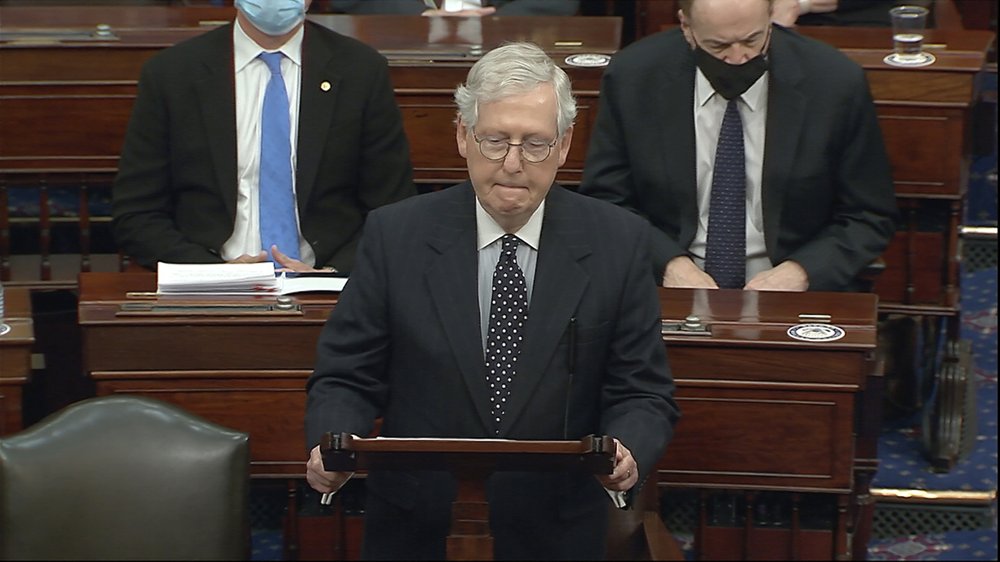 A sober, shaken Senate returned to its hallowed chamber Wednesday night to slap away a frivolous election challenge, but its secondary purpose seemed to be to rise from the wreckage of a shocking day in which they were forced to flee the Capitol by a mob of supporters of President Donald Trump. The riot in