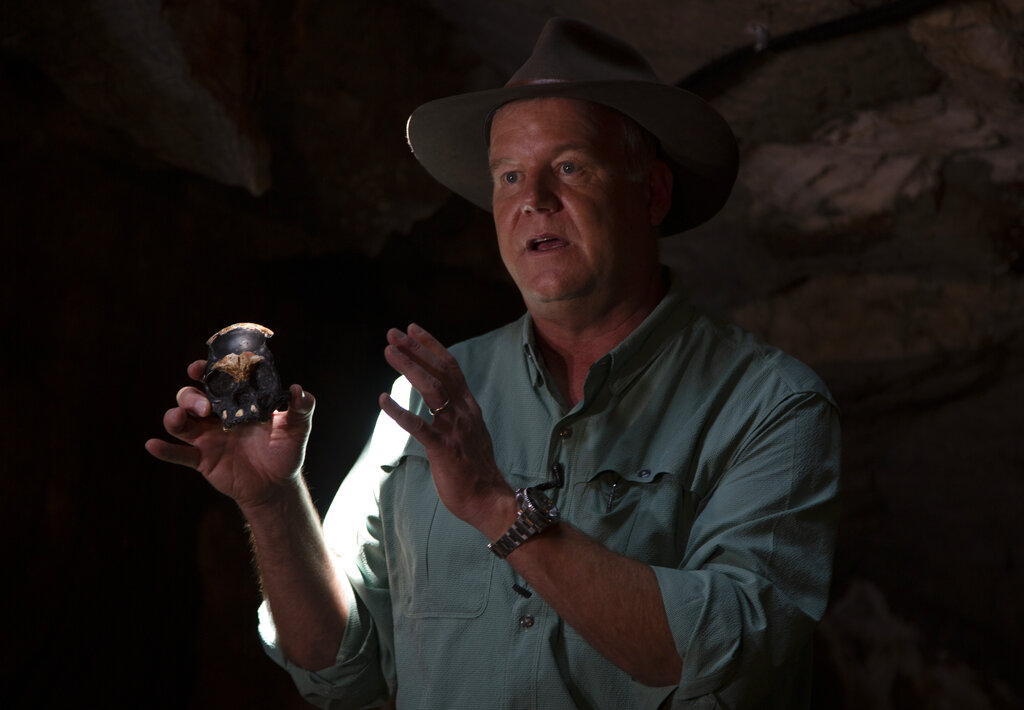 The fossil remains of an early hominid child have been discovered in a cave in South Africa by a team of international and South African researchers. The team announced the discovery of a partial skull and teeth of a Homo naledi child who died almost 250,000 years ago when it was approximately four to six