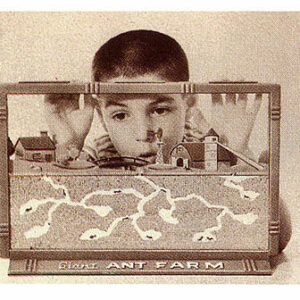 Holy Cow! History: How Ants Made a Broke GI Rich

When Milton Levine returned from World War II, he had some common, but very pressing, problems. He didn’t have much money. Which was doubly urgent because he brought a lovely young war bride from France home with him. Second, he didn’t have a job. With 15 million service members returning to civilian ranks and the