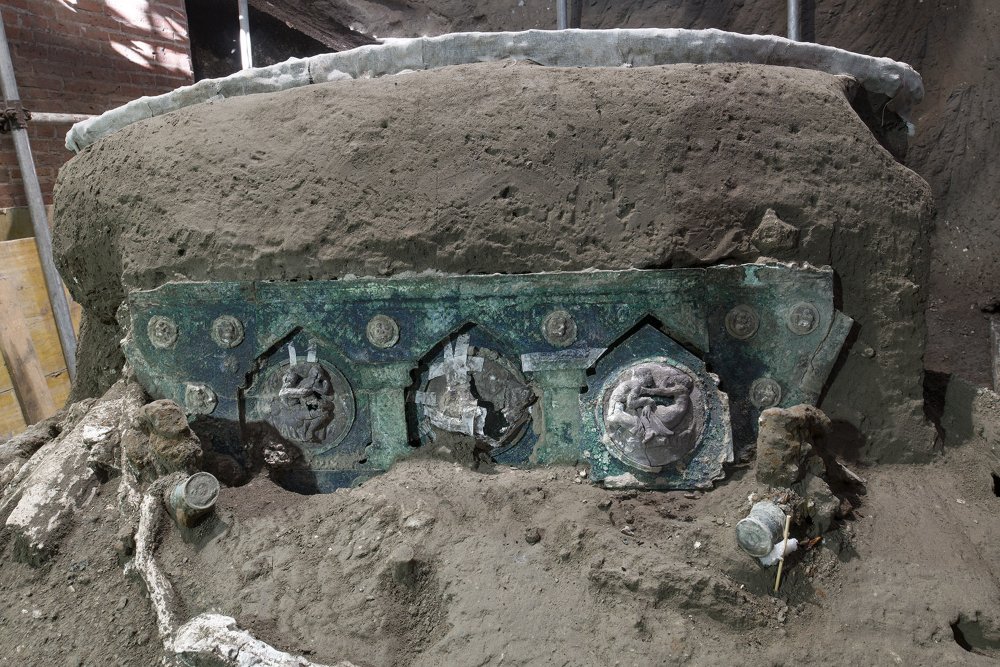 Officials at the Pompeii archaeological site in Italy announced Saturday the discovery of an intact ceremonial chariot, one of several important discoveries made in the same area outside the park near Naples following an investigation into an illegal dig. The chariot, with its iron elements, bronze decorations and mineralized wooden remains, was found in the