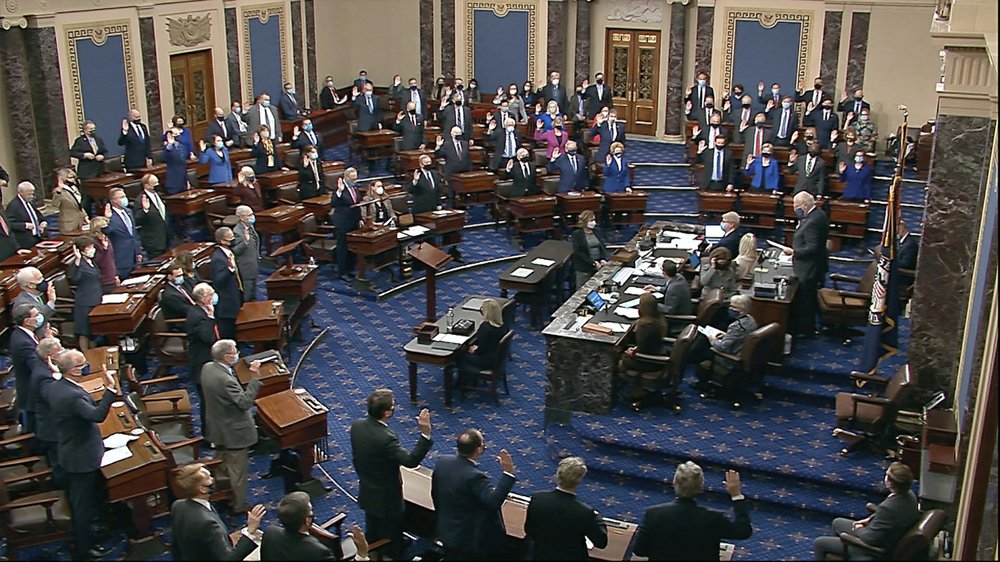 All but five Senate Republicans voted in favor of an effort to dismiss Donald Trump’s historic second impeachment trial on Tuesday, making clear a conviction of the former president for “incitement of insurrection” after the deadly Capitol siege on Jan. 6 is unlikely. While the Republicans did not succeed in ending the trial before it