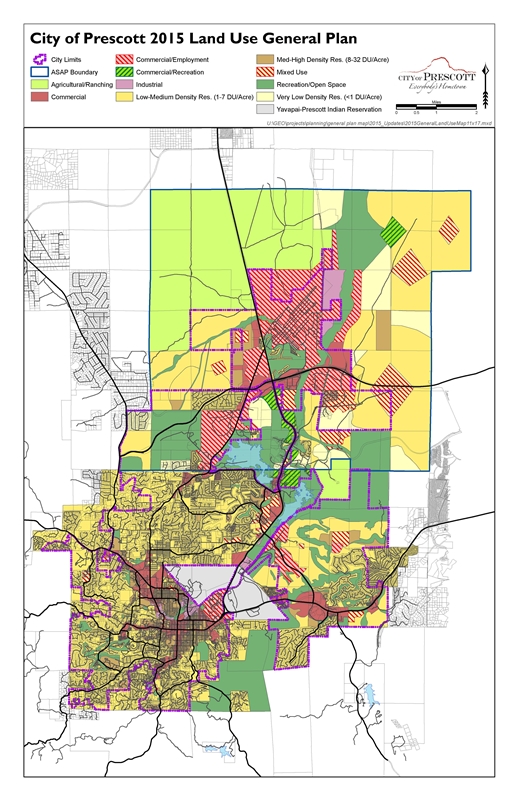 The City of Prescott is about to undertake the update and adoption of the 2025 General Plan.  The General Plan is the public document that guides the future of a city. Per Arizona Revised Statutes, a city’s land development decisions must be consistent with the adopted General Plan. Cities under a population of 50,000 must have the following elements in their plans: Land Use, Circulation, Open Space, Growth Areas, Environmental Planning, Cost of Development, and Water Resources.

General Plans must be thoroughly reviewed and updated every ten years. In 2015, Prescott adopted its most recent update which contained all five of the required elements plus two additional voluntary elements: Economic Development and Community Quality. The 2015 Prescott General Plan can be accessed by visiting the City’s website.

To stay in compliance with State Law, Prescott must adopt an updated general plan by the end of 2025. To undertake this effort, the City has created a General Plan Project Team led by the Planning Division within the Community Development Department. This Project Team will consist of City staff from all Departments and will include  input from our regional partners such as the Town of Prescott Valley, the Town of Chino Valley, Yavapai County, the Central Yavapai Metropolitan Planning Organization, and other local and regional organizations.

To assist the Project Team, the City Council has appointed an eleven citizen General Plan Committee. This Committee will play an integral role in the extensive public outreach process planned for 2023, which will ensure that the updated General Plan represents the vision of all of Prescott residents.   The members of the committee are:  Don Michelman, Deborah Thalasitis, Ted Gambogi, Gary Worob, Andre Carman, James McCarver, Ralph Hess, Mary Fredrickson, Jim Huffman, Rod Moyer. And Terry Sapio.  Council Liaisons are Eric Moore and Brandon Montoya.

Following the extensive public outreach, the Project Team will utilize the input gathered from Prescott residents and develop a draft document for the General Plan Committee to review. This draft will be presented to the City’s Planning and Zoning Commission for a recommendation and then to the City Council for approval. With that approval, the General Plan must then be ratified by the residents of Prescott to become effective. The ratification follows the same process as a referendum. The voters of Prescott will have the General Plan on the ballot in the City’s primary election, August of 2025. 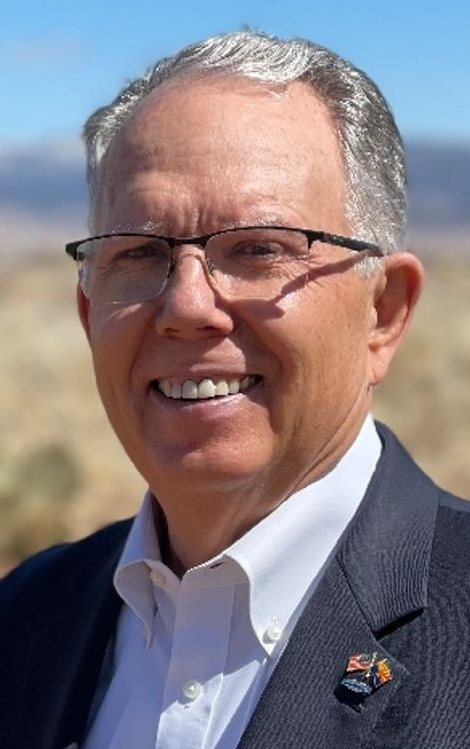