Opinion: Some Straight Talk About the Debt Crises – Inside Sources 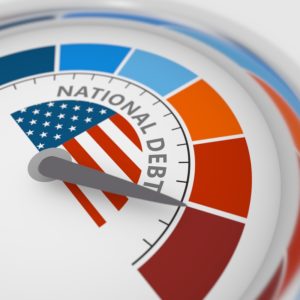 Congress has passed the Inflation Reduction Act. President Biden says this is a success story, in part because it will reduce the deficit by $305 billion over the next decade. IRA mainly reduces the deficit by raising taxes and regulating drug prices; the act increases federal spending and subsidies by nearly half a trillion dollars over this period.

The budget reconciliation process has been used again to increase government spending and taxes, increase federal subsidies, and expand regulatory powers. Before we break out the champagne, it is time for some straight talk about the nation’s debt crisis. Legislation such as the Inflation Reduction Act will do little to change the nation’s long-term debt trajectory.

Federal debt now exceeds national income and is projected to increase to more than double our national income by midcentury. The United States has emerged as one of the most indebted nations in the world. In their long-term forecasts, the Congressional Budget Office clarifies that we cannot continue to muddle along, failing to address the debt crisis. Massive federal spending is creating zombie enterprises and zombie state and local governments that survive only with more federal bailouts.

As the federal government borrows more money, this will cause interest rates to rise, crowding out private investment. The nation has already entered a new era of stagflation, combining higher inflation and lower economic growth. This retardation in economic growth will be accompanied by major economic crises comparable to those experienced over the last two decades.

Solving the nation’s debt crisis will require the one thing the president and Congress have been unwilling and unable to deliver: bringing expenditures into balance with revenues in the near term. Constraining the growth in federal spending will require fundamental reform in the major drivers of that spending — in addition to interest on the public debt, it is unconstrained growth in expenditures for the major entitlement programs: Social Security, Medicare and Medicaid.

It is not surprising that elected officials find it difficult to solve the debt crisis. The last time they enacted legislation to reform entitlement programs was during the Reagan administration. Since then, they have not been willing to discuss, let alone address, the unfunded liabilities accumulating in these entitlement programs. A few members of Congress have introduced legislation to constrain the growth in federal spending, but that legislation will not likely be reported out of committee, let alone be introduced on the floor for a legislative vote. Our elected officials have become what Arnold Schwarzenegger described as girly men, unwilling to touch the third rail of entitlement reform because it could cost them an election.

The longer we wait to address the debt crisis, the worse these negative effects will be, effects that fall disproportionately on younger people and lower-income families. Three decades from now, our grandchildren will ask the obvious questions. How could our generation leave them with bankrupt trust funds in the entitlement programs, resulting in lower entitlement benefits over their lifetimes?  Why did we continue to borrow to finance entitlement programs benefitting our generation, leaving their generation to foot the bill?

It is time to recognize that under current law, the president and Congress are not up to the task. Ultimately, it will be up to all citizens to work with state legislators to solve the nation’s debt crisis. A major step in that direction was taken in Congress with the introduction of House Concurrent Resolution 101, calling for an Article V Convention of States to propose amendments to the Constitution.

Lead sponsors are Rep. Jodey Arrington of Texas, who introduced the legislation, and co-sponsors Rep. Brian Fitzpatrick of Pennsylvania and Rep. Yvette Herrell of New Mexico, all Republicans.  A companion Archivist Article V Application Counting & Calling Act is designed to ensure Congress complies with its ministerial mandate to call an Article V Convention “upon the application of two-thirds of the states.” These resolutions are a significant victory in the fiscal responsibility coalition’s campaign encouraging citizens concerned about the debt crisis and its effect on future generations. These groups support a state-drafted, voter-approved, inflation-fighting, fiscal responsibility amendment to the Constitution. 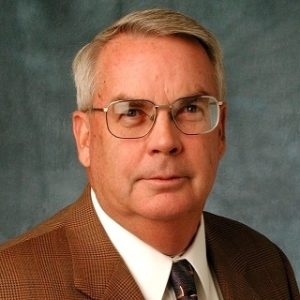 Barry W. Poulson is an emeritus professor of economics at the University of Colorado in Boulder. He wrote this for InsideSources.com.
All Posts »

1 thought on “Opinion: Some Straight Talk About the Debt Crises – Inside Sources”