Opinion: The New Geopolitics of the Middle East – Inside Sources 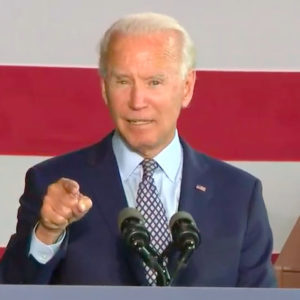 In his first trip to the Middle East as president in July, Joe Biden arrived in Israel to provide an opportunity for communications between countries and to support a more stable region. In this four-day trip to Israel and Saudi Arabia, Biden strengthened relations with old allies and brought Riyadh and Tel Aviv closer.

Three days after Biden’s return from the Middle East, Russian President Vladimir Putin was in the area with the same goals as his American counterpart, seeking to strengthen relations with countries there.

Putin’s trip, overshadowed by Russia’s desire to counter Biden’s efforts to regain leadership in the Middle East, implied a kind of declaration of support for Moscow’s Mideast partners in opposition to the Biden administration’s plans. The point is that Putin’s visit took place a few days after the implementation of the Middle East air defense plan by the United States, which was carried out with the aim of close cooperation between Israel and the Arab countries against regional threats.

The conflict in Ukraine has caused the world to become more geopolitically competitive as the competition between Moscow and Washington heats up. It can be said that assistance in the Middle East will once again turn this region into an arena of competition between two powers.

For Biden, the sense of playing again on a big geopolitical stage is gaining strength. At the same time, Putin expected to be able to engage easily in political actions in the absence of the United States. U.S. foreign policy goals in the Middle East in achieving goals such as maintaining stability and solving the energy crisis in Europe clearly target Russia’s interests.

The first objective to maintain stability is essential to restore trust between Washington and its allies so that regional partners are convinced that the United States does not intend to move away from its responsibility for the security and stability of the region. Biden’s trip to Saudi Arabia, Israel and the Palestinian territories of the West Bank was based on the United States starting new relations with the countries with new diplomacy and accepting more responsibility for their security. The essence of this goal was to ensure that no foreign power could dominate the U.S. position in the region or gain strategic advantages.

In creating a new opportunity for the United States, Biden has considered it necessary to promote cooperation between Israel and the Arab countries to reduce Russia’s adverse influence risks. To maintain global leadership, the United States has announced its readiness to face Russian threats. Biden has concluded that Washington needs the help of its old ally in the region, Saudi Arabia, to punish Moscow economically for its military attack on Ukraine.

However, Saudi Arabia’s abstention vote — along with the votes of Algeria, Iraq and Morocco — on the U.N. General Assembly’s condemnation of Russia’s military attack on Ukraine was a bitter and unexpected experience for the United States.

The second objective of the Biden trip was oil. In Saudi Arabia, Biden sought to re-establish relations with the Saudis, who play a crucial role in the global oil market. The West wants the Saudis to produce more oil as a salve for the escalating global energy crisis that began soon after the war in Ukraine was launched by Russia. In the meantime, the one-sided view of solving the energy crisis in Europe has ignored that Saudi Arabia sees its fundamental interests in maintaining oil relations with Russia in OPEC+.

What is certain is that a new geopolitical picture is being drawn in the Middle East, in which the United States, in a significant turn and with a change in its foreign policy approach, has once again returned to the energy-producing countries in the Middle East. At the same time, by performing a show of power, Russia conveys that the United States is no longer the only great power in the world and cannot decide the region’s future on its own.

Amin Bagheri is a Research Fellow at the International Studies Association in Tehran. His primary research interest lies in international relations, transnational governance, international peace, and conflicts in the Middle East. He wrote this for InsideSources.com.
All Posts »