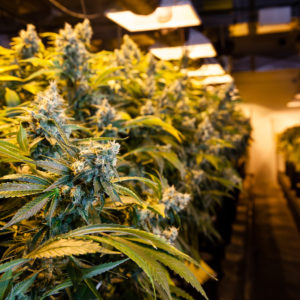 Those offering dire warnings about the alleged dangers of so-called “highly potent pot” — and demanding that these products be recriminalized — are taking their cues from an age-old playbook.

From the onset of criminal cannabis prohibition, criminalization advocates have sought to rationalize their position by greatly exaggerating the supposed strength of marijuana. In the 1930s, while lobbying for the passage of the first-ever federal ban on cannabis, Bureau of Narcotics Commissioner Henry Anslinger testified to Congress that the marijuana of a century ago was so uniquely potent that it was “entirely the monster Hyde, the harmful effect of which cannot be measured.”

By the 1960s and ’70s, public officials claimed the so-called “Woodstock weed” had grown so strong that smoking it would permanently damage brain cells and, therefore, its simple possession needed to be heavily criminalized to protect public health.

In an attempt to justify the marijuana crackdown of the 1980s, former Los Angeles Police Chief Daryl F. Gates opined that advanced growing techniques had increased the potency of THC, the primary psychoactive ingredient in the plant, to the point that “those who blast some pot on a casual basis … should be taken out and shot.”

A few years later, during congressional hearings on strengthening federal anti-drug laws, then-Sen. Joe Biden publicly weighed in on the issue, opining, “It’s like comparing buckshot in a shotgun shell to a laser-guided missile.”

Looking back, it is apparent that each of these previous generations’ claims was nothing more than hyperbole. Nonetheless, these sensational claims had a lasting influence on marijuana policy — in many cases leading directly to the passage of detrimental public policies that caused the undue stigmatization and criminalization of millions of citizens. The latest recycling of the “It’s not your parents’ pot” claim is a little different.

Moreover, higher potency THC products do not dominate state-legal markets. In fact, most consumers tend to prefer and gravitate toward products of more moderate potencies, not concentrates.

This phenomenon should hardly come as a surprise. After all, the overwhelming majority of alcohol sales in this country consist of relatively low potency beer, while less than 10 percent of sales are from the purchase of distilled spirits. However, unlike hard liquor — which can readily cause death by overdose when overindulged yet is sold in “lethal dose quantities” in every liquor store in America — THC is incapable of causing a lethal overdose, regardless of its potency or the quantity consumed.

That’s not to say that cannabis products cannot be overconsumed. They can. But in such instances, consumers typically experience only temporary dysphoria (commonly referred to as a panic attack) — the effects of which dissipate within a few hours. Nonetheless, to discourage overconsumption, most states regulate certain cannabis products, like edibles, to single-serving sizes.

Reports of more severe effects due to the consumption of highly potent products are relatively atypical. For example, Canadian researchers recently assessed marijuana-related hospitalizations among a cohort of more than 23,000 patients authorized to access cannabis products. Specifically, investigators tracked incidences whereby subjects were hospitalized because of either “cannabis poisoning” or “mental or behavioral disorders due to the use of cannabis.” During the course of the trial, investigators reported that 14 patients were hospitalized for issues related to cannabis toxicity, and 26 were admitted for either mental or behavioral disorders.

Ultimately, proposed product bans will only perpetuate the unregulated market. That is because outlawing these products will drive their production and sale exclusively underground. This result undermines the primary goal of legalization, which is to disrupt and ultimately replace the underground market with a transparent, regulated marketplace, wherein products are tested for safety and are clearly labeled so that consumers can make educated choices.

Rather than reintroduce cannabis criminalization, regulators and other concerned parties should seek to provide the public with more comprehensive safety information about the effects of more potent products, and they should continue to ensure that legal products do not get diverted to the youth market. Such actions will ultimately be far more productive than calling for a return to the failures of marijuana prohibition.

Paul Armentano is the deputy director of the National Organization for the Reform of Marijuana Laws in Washington and is the co-author of the book "Marijuana Is Safer: So Why Are We Driving People to Drink?” He wrote this for InsideSources.com.
All Posts »