Wranglers To Play For Championship After 52-51 Win Over Rattlers 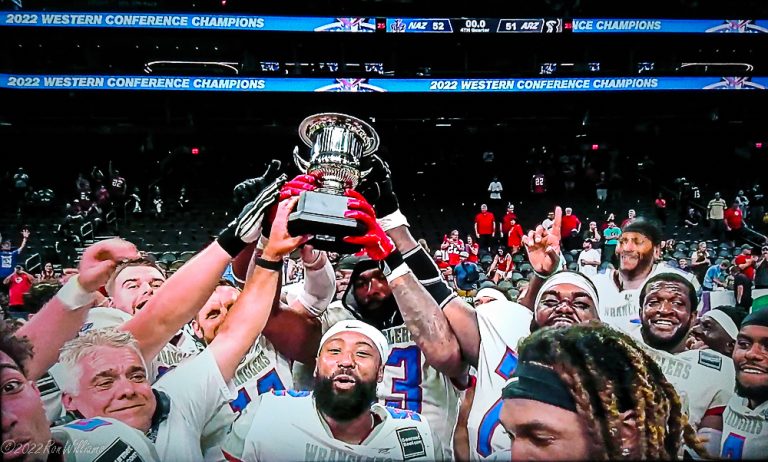 Photo: The Wranglers celebrate with the Western Conference Championship Trophy

Kaleb Barker threw six touchdown passes with the biggest one coming on a 12-yard pass to Glen Gibbons Jr., with just 45 seconds left to beat the Arizona Rattlers 52-51 in the Western Conference Final in Phoenix. The only time the Northern Arizona led in the game was in the final minute, but that’s when it counted the most.

Trailing 38-24 at the half, the Wranglers were going to need to make some plays to have a chance. Marquis Bridges picked off a Drew Powell pass on the first play of the third quarter for a big interception setting up the offense at the Rattlers 14-yard line. Barker’s touchdown pass to Ramaud Chiaokhiao-Brown closed the deficit to 38-31.

The Rattlers went back up two, scored 45-31 after Drew Powell scampered on a 20-yard run. The Wranglers would score the next two touchdowns to tie the game at 45 with just under five minutes remaining.

Arizona took their final lead on a 25-yard pass from Powell to Braxton Haley with 3:49 left. The key play came after the touchdown. A failed two point attempt after a Rattler holding call, kept it a six point difference. Plenty of time, and the Wranglers were able to take the clock to under a minute as Barker connected with Gibbons Jr. Peterson added the clutch PAT and the lead was one with still a lot of time to play.

The Wrangler defense played their best in those final seconds, allowing only one positive play out of five that Powell and the Rattlers had. The offensive threat ended with a pick in the end zone by Marquis Bridges and he and Bill Atkins smothered the intended receiver. Barker took the final snap and heaved the ball down field and into the crowd as the clock ran out. The visitors stormed the field in jubilation as a shocked Arizona Rattler fan base stood in shock.

Barker played remarkably under plenty of pressure all night, completing 15-27, for 164 yards and six touchdowns, and just one interception. Ulie Gillard carried the ball only three times for 17 yards and a touchdown. Ramaud Chiaokhiao-Brown had five receptions with three of them touchdowns. Glen Gibbons Jr. also had five receptions, and one TD. Gillard and Jerrime Neal each caught a TD pass. Craig Peterson was perfect making all seven extra points, including a 33-yard field goal.

The defense was a complete team effort led by Trae Meadows, JaQuan Artis, Bill Atkins, and Ulric Jones, all with five tackles each. Meadows and Marquis Bridges had the interceptions of last years IFL player of the year Drew Powell.

The Northern Wrangler’ quest from being the worst team in the IFL to the best continues as the Wranglers will face the (3) seed in the Eastern Conference, the Quad City Steamwheelers. The Steamwheelers upset top seed Frisco Fighters 49-48, after upsetting  number two Massachusetts 39-38,  to earn a spot in the championship game that will be played Saturday, August 13 in Las Vegas. Kickoff is set for 5:05 pm. 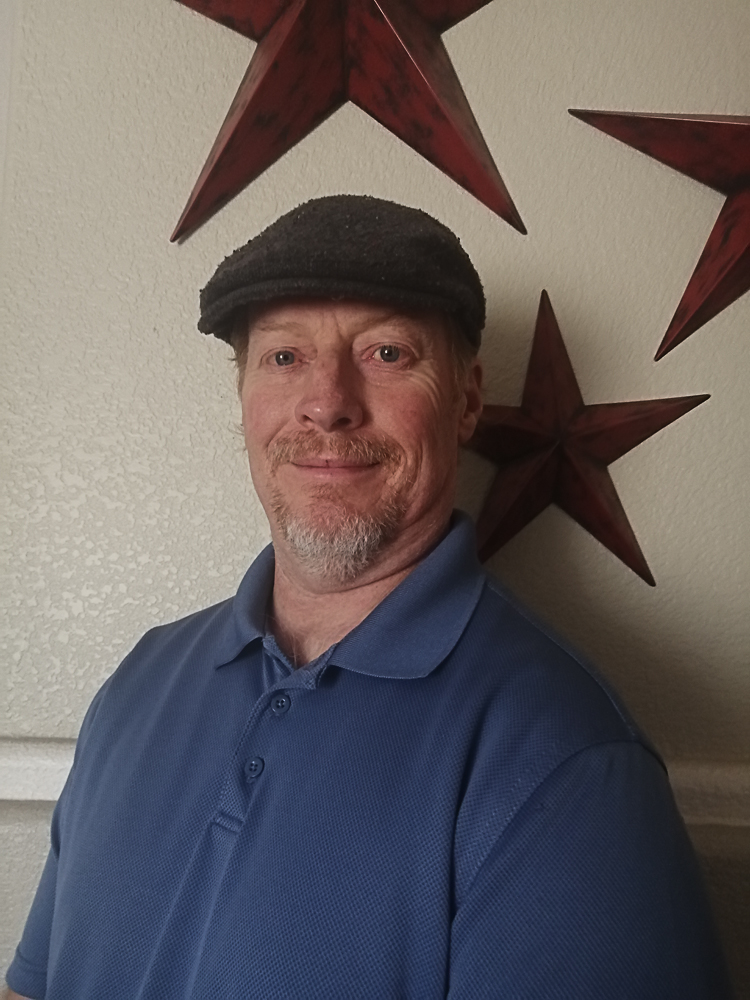