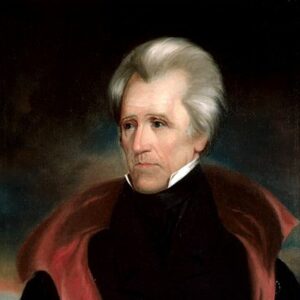 Hillary Clinton and Donald Trump will face off once again for the presidency in 2024. At least that’s what political insider Dick Morris is telling anyone who will listen. He’s garnishing that prediction by claiming it will be “one of the greatest political rematches of all time.”

Rematch? More like a “grudge match.” But it would hardly be the first in presidential history.

Take the campaign of 1892. Eight years earlier, Grover Cleveland emerged from a particularly sordid race (which featured his fathering a child out of wedlock, religious bigotry against Catholics, and claims of corruption in high places) for a narrow popular vote victory. Four years later, Cleveland won the popular vote by a whisker but lost the Electoral College to Republican Benjamin Harrison.

So, 1892 saw a Cleveland-Harrison rematch, with Cleveland both getting his old job back and forever screwing up the presidential numbering system. (He was president #22 and #24). By then, everyone was sick of the whole mess and wanted to be done with it.

Another classic grudge match came 20 years later. Its origins also began earlier when on election night 1904 Theodore Roosevelt bizarrely blurted out—without prompting or even a reason to say it—that he wouldn’t seek another term. Bound by the promise to step down in 1908, Teddy tapped the rotund William Howard Taft for his successor. But the two soon split because Taft was too conservative for TR’s progressive tastes.

When Taft ran again in 1912, Roosevelt opposed him. (He explained with convoluted reasoning, “When a man says at breakfast in the morning, ‘No thank you, I will not take any more coffee,’ it does not mean that he will not take any more coffee tomorrow, or next week, or next month, or next year.” That led to vaudeville comedians getting big laughs by asking audiences, “Want another cup of coffee?”)

There was a bitter fight for the 1912 GOP nomination. Taft won, Teddy took his followers and formed the progressive “Bull Moose” party, and Democrat Woodrow Wilson pounced on the split to narrowly win the presidency.

But neither of these contests can hold a candle to the ugliest presidential campaign ever and, beyond question, the greatest grudge match of all time. The 1828 election.

How bad was it? Yet again, it went back to the election that had preceded it. There was a four-ring circus in 1824 when John Quincy Adams, Andrew Jackson, Henry Clay, and William Crawford ran against each other. None won a majority in the Electoral College, so it was up to the U.S. House of Representatives to pick a president.

To everyone’s surprise, the lackluster Adams won the House vote. Since Clay was House Speaker at the time, it was widely believed he had swung it in Adams’ favor.

So, when it was announced Clay would be Adams’ secretary of state (at the time the second most powerful position in government), Jackson’s supporters seethed in sheer fury. They claimed it was a classic quid pro quo and called it the “Corrupt Bargain.”

The wait to 1828 dragged on like eternity for Democrats. When it arrived, they eagerly launched the Mother of All Grudge Matches with a vengeance. Their hatred of Adams knew no bounds. In fairness, the Adams people hated Jackson’s supporters with equal ferocity.

The term “mudslinging” doesn’t begin to approach what came next. Each week saw a new low. Issues played a secondary role to savage character assassination.

Adams was belittled as an elitist, a Boston snob, and even a pimp. Jackson’s people claimed that while serving as ambassador to Russia, Adams had procured an American girl for the Russian czar’s personal pleasure.

But that paled compared to an especially hard-hitting attack: Adams kept a pool table in the White House. The horror!

The Adams campaign got down in the dirt as well. There was a mean-spirited claim that Jackson’s wife Rachel was still legally married to her first husband when she and the victor of New Orleans wed, making her a bigamist. It was a long, complicated legal affair that basically boiled down to all of the legal I’s weren’t dotted and T’s crossed in Rachel’s divorce when the Jacksons married. The two genuinely believed she was in the clear at the time of their wedding, and the whole thing was innocent enough. But the Adams people portrayed Rachael as a wanton tramp. And nobody wants that in a First Lady.

Jackson won the election. But the stress made poor Rachel literally turn her face to the wall and die of shame before Inauguration Day. Old Hickory headed to Washington the most bitterly spiteful person D.C. ever saw.

Time will tell whether we’ll see a Clinton-Trump rematch in ’24. If we do, odds are it will be a nasty replay of 2016. But as for it being “one of the greatest political rematches of all time,” it wouldn’t score Honorable Mention compared to what happened two centuries earlier.

PrevPreviousOpinion: Starbucks Gets What it Asked For – Gregory Hood
NextInflation Impacts in the Grand Canyon State – OH Predictive InsightsNext