Opinion: The Ethanol Fraud – Inside Sources 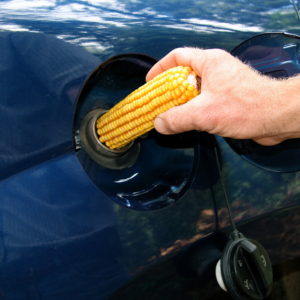 America’s ethanol scam is responsible for the malnourishment of millions of people, higher energy costs and substantial resource misallocations. The most damning count of this indictment is corn ethanol fails to do what it is supposed to do and is more tragic because corn ethanol is not environmentally responsible.

The United States now uses 40 percent — or more than 6 billion bushels — of its corn production for conversion to ethanol (2021). If this acreage were employed for corn or other grains for human consumption, it could be enough to stave off starvation for millions. In addition, it would also lower fuel costs and improve automotive performance.

Currently, if the United States were to devote the 6 billion bushels of corn used for ethanol to corn for food, it could more than meet the world’s total demand for imported corn.

The scam began with the bipartisan passage of the Open Fuel Standard Act of 2011, which phased in requirements that new vehicles be engineered to operate on sustainable fuels to reduce carbon emissions and lower American dependence on oil.

We produce so much ethanol because the government subsidizes it big time. As David Frum points out in a recent Atlantic article, the government has required ethanol to be added to gasoline, with the production of ethanol receiving “all kinds of grants and subsidies.”

An honest computation of these subsidies would be helpful but is not readily available. In congressional testimony in 2017, the Congressional Budget Office stated the private economy could not make profit-producing ethanol, therefore “the federal government provides financial support for the development, production and use of fuels and energy technologies … through tax preferences and … spending programs … with the purpose of increasing energy production, reducing greenhouse gasses and encouraging research.”

While the amount of government financial support is uncertain since both the prices of oil and corn are involved in the final prices received by producers (farmers and oil refiners). These are classic examples of production complements — when the demand for gasoline increases, the need for ethanol also increases.

Frum recalls that the late senator John McCain joked that he began his day with a glass of ethanol. It would be an amusing quip if it were not for the fact that the ethanol boondoggle is costing lives and treasure. It costs the world not only American corn but other crops that would be grown in replacement of corn without ethanol subsidies.

A recent study in Proceedings of the National Academy of Sciences (“Environmental Outcomes of the US Renewable Fuel Standard” by Tyler J. Lark et al.) shows that ethanol does not help the environment and might be harmful to it.

The authors state that “our findings confirm that contemporary corn ethanol production is unlikely to contribute to climate change mitigation.” In addition, the authors point out that their research does not consider land-use impacts. They do find that ethanol production harms water quality, and it changes farmers’ planting decisions, heavily favoring corn over other grains that are more desirable for human food consumption.

The tragic consequences of ethanol mandates are not only that are they costly to the world community via misallocation of food production but that they pollute the planet with fertilizers and farm-equipment exhausts and are useless in combating climate change. Unless a technical change is made and adopted in ethanol production and use, these mandates are harmful and will be at best neutral for carbon emissions going forward. 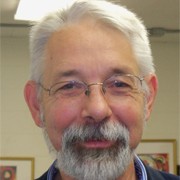 Associate Professor of Economics, Emeritus, University of Connecticut and Founding Partner Fides, Philanthropic Management, LLC He wrote this for InsideSources.com.
All Posts »

3 thoughts on “Opinion: The Ethanol Fraud – Inside Sources”