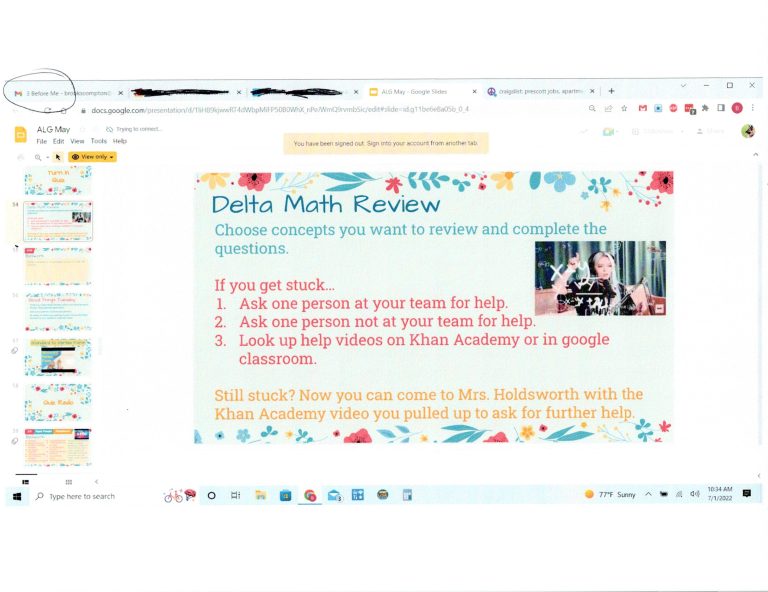 “Children must be taught how to think, not what to think.” – Margaret Mead

Prescott High students have a low proficiency in algebra, algebra II and geometry . In addition, Prescott High has an 8% drop out rate. Frustrated students are inclined to drop out. There might be a correlation between an algebra class taught in at least one of our middle schools and the low scores our high school graduates are posting in the area of mathematics. Parents feel thwarted when they find out about deficiencies in their children’s schools and nothing is done about them. When mothers and fathers point out these inadequacies to school teachers and administrators, and they are answered with platitudes and condescension, they become motivated. 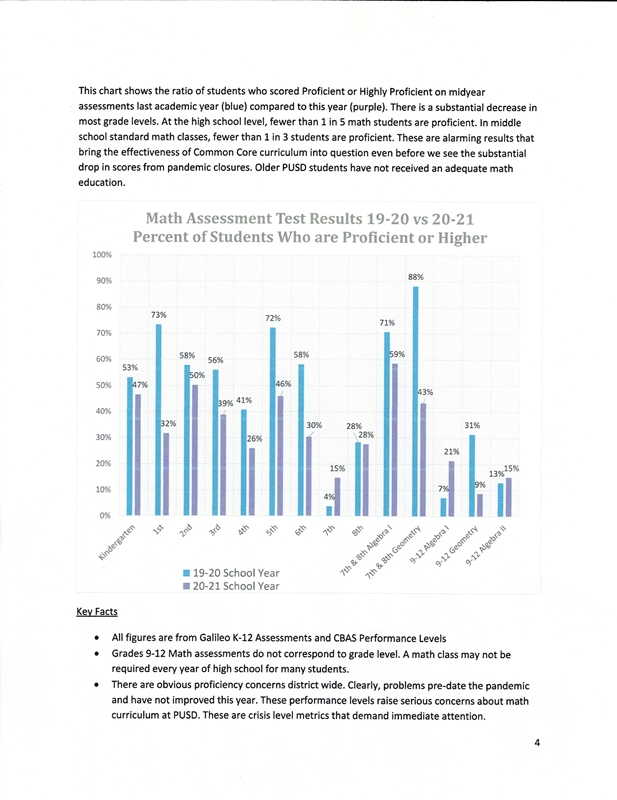 Brooks Compton, a single father of a Prescott teenage student, is such a parent. After he met with the teacher and principal of Mile High Middle School over the instruction of Critical Race Theory in one of the classes, he was disenchanted with their response. He knew, then, further research into his son’s classes was required.

After daily complaints from his son about the lack of instruction and teacher involvement in his Honors algebra class, Brooks requested a meeting with the Principal and the teacher to get answers about the curriculum. What transpired from the meeting was shocking. The teacher was argumentative, defensive and not helpful. The Principal was unresponsive. The teacher said they were trying a new program but did not name the program. Her explanation of the the new program was disturbing. Brooks did some further research and found out that what they were teaching was eerily similar to PMI.

What is PMI? The initials stand for Progressive Mathematics Initiative. The PMI explanation is this: PMI shakes up traditional education. In a progressivist school, students are actively learning. PMI classrooms are filled with lively debate and collaborative problem solving. The students interact with one another and develop social qualities such as cooperation and tolerance for different points of view. In addition, students solve problems in the classroom similar to those they will encounter in their everyday lives. According to Mile High Students, it doesn’t work.

Parents and students thought Common Core was bad. PUSD debuts PMI’s “Three before me”. Three things must occur before a child is “allowed” to ask the teacher for help. Students are put in groups of 4-5 at a table, then given a math problem they must solve with virtually zero teacher instruction. The following is quoted from a computer print out from Mrs Holdsworth’s Honors algebra class at Mile High Middle School. “Delta Math Review”:

Choose concepts you want to review and complete the questions.

If you get stuck…

Still stuck? Now you can come to Mrs. Holdworth with the Khan Academy video you pulled for further help.” (These instructions are live on Google Classroom.)

In a 40 or 50 minute class, how much time is used before the student can talk to the teacher or is there ever enough time? These three things must occur before a student is allowed to take the Chromebook up to the teacher for help. The teacher must see if the student checked the Khan Academy video on the Chromebook before she will help the student. In addition, when a student raises a hand and has solved the problem, that student is brought to the front of the class, and it is the student who teaches the other students. The teacher is merely an observer to the process. One wonders what the teacher is doing when the students are plowing through this maze to get an answer. It certainly couldn’t be preparing lesson plans for this class. That might take 30 seconds.

It must have been during his research for this and other classes that Brooks Compton decided to run for the school board.

3 thoughts on “Opinion: It Doesn’t Add Up – Buz Williams”