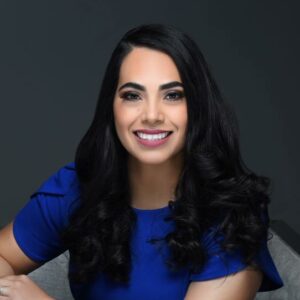 In Washington, this trend is being viewed mostly as a partisan story, with one side celebrating and the other in denial. But the real impact of this realignment is not that Latinos will help the Republican Party—they are going to redefine and lead it.

The timing of this shift shouldn’t be surprising. Inflation, falling wages, a crime wave, a border crisis, and unprecedented learning loss from unscientific COVID-19 school closures have led Americans of all ethnicities to sour on the progressive policies and politicians responsible for our national malaise. Neither “wokeness” nor “socialism” have much appeal to communities who love America’s culture of individual liberty and equal opportunity.

The vast majority of the Hispanic community believes in the American Dream: Working hard, playing by the rules, and giving their children a chance to do even better. And they understand that the greatest obstacle to that Dream is the corruption and incompetence of big government.

If Latinos voted in larger margins for Democrats in the past that was only because it was the only party that had deliberately and loudly advocated on behalf of them at a time when Republicans were convinced minority communities were not necessary to win elections.

Let’s face it, that may have been a safe bet in the 1960s and through the 1980s. But the dramatic growth in Latino voters proved that strategy to be a loser in the long term. And the Republican Party has been paying a heavy price for it for 30 years now.

No longer. The GOP has ended its indifference to Latino voters and got to work, promoting a pro-growth, pro-energy, and pro-freedom agenda that is a winner with Latinos.

The LIBRE Initiative Action shares those values. We have worked for years to promote them within the Latino community, and to identify political candidates committed to helping all Americans, including those in the Hispanic community, achieve them.

Many of the candidates are Latinos, but you don’t have to be Latino to represent, serve, and empower Latino workers, small businesses, families, and neighborhoods.

Govs. Ron DeSantis (R-Fla.) and Greg Abbott (R-Texas) have done as much as anyone in America in recent years to expand the opportunities and improve the lives of Latinos in their states. As chief executives of large states, with large and growing Latino populations, they have pursued pro-growth agendas that put freedom first.

There is a reason California and New York’s populations are shrinking while Texas and Florida are growing. DeSantis and Abbott are protecting the American Dream from the progressive policies that are driving people—Latinos included—down and out.

It is the same reason that their states have produced so many exciting Hispanic American congressional candidates this year, too. LIBRE Action is proud to endorse four of them.

Rep. Maria Salazar is the freshman congresswoman from Florida’s 27th District. A former television journalist, Salazar is one of the most dynamic spokeswomen for freedom in Washington. She has introduced legislation to reform our country’s broken immigration system, create economic growth in South Florida, and keep the heavy hand of government off the backs of her constituents.

Then there is Rep. Tony Gonzalez, who is posting a stellar freshmen term representing Texas’s 23rd District. He opposed the Democrats’ $1.9 trillion spending spree that poured gasoline on President Joe Biden’s inflation crisis. He has fought for educational freedom, limited government, and energy independence and has led boldly on bipartisan legislation to secure the border and modernize our immigration policies.

Rep. Marya Flores is the newest member of the House and is already one of its most inspiring. She is the first Mexican-born American to serve in Congress. A daughter of immigrants and wife of a Border Patrol officer, Flores has a unique understanding of our immigration system’s flaws and how to fix them. She has worked in the health care industry for several years and is a powerful advocate for patient-centered, market-based health reform.

Finally, we have endorsed Monica de la Cruz, the Republican nominee in Texas’s 15th Congressional District. Monica is running as a principled, pro-growth conservative who knows that our education, immigration, health care, and energy systems will all be improved by reducing government bureaucracy and increasing individual freedom.

These candidates represent a new generation of conservative and Latino leadership. They are uninterested in stale narratives and top-down failure. Instead, they are fighting for the individual liberty that made this country stronger, safer, and more prosperous than any in the world.

LIBRE Action is proud to support all of them, and the larger Latin—and American—realignment they will lead for years to come.

Daniel Garza is president of the LIBRE Initiative. He wrote this for InsideSources.com.
All Posts »